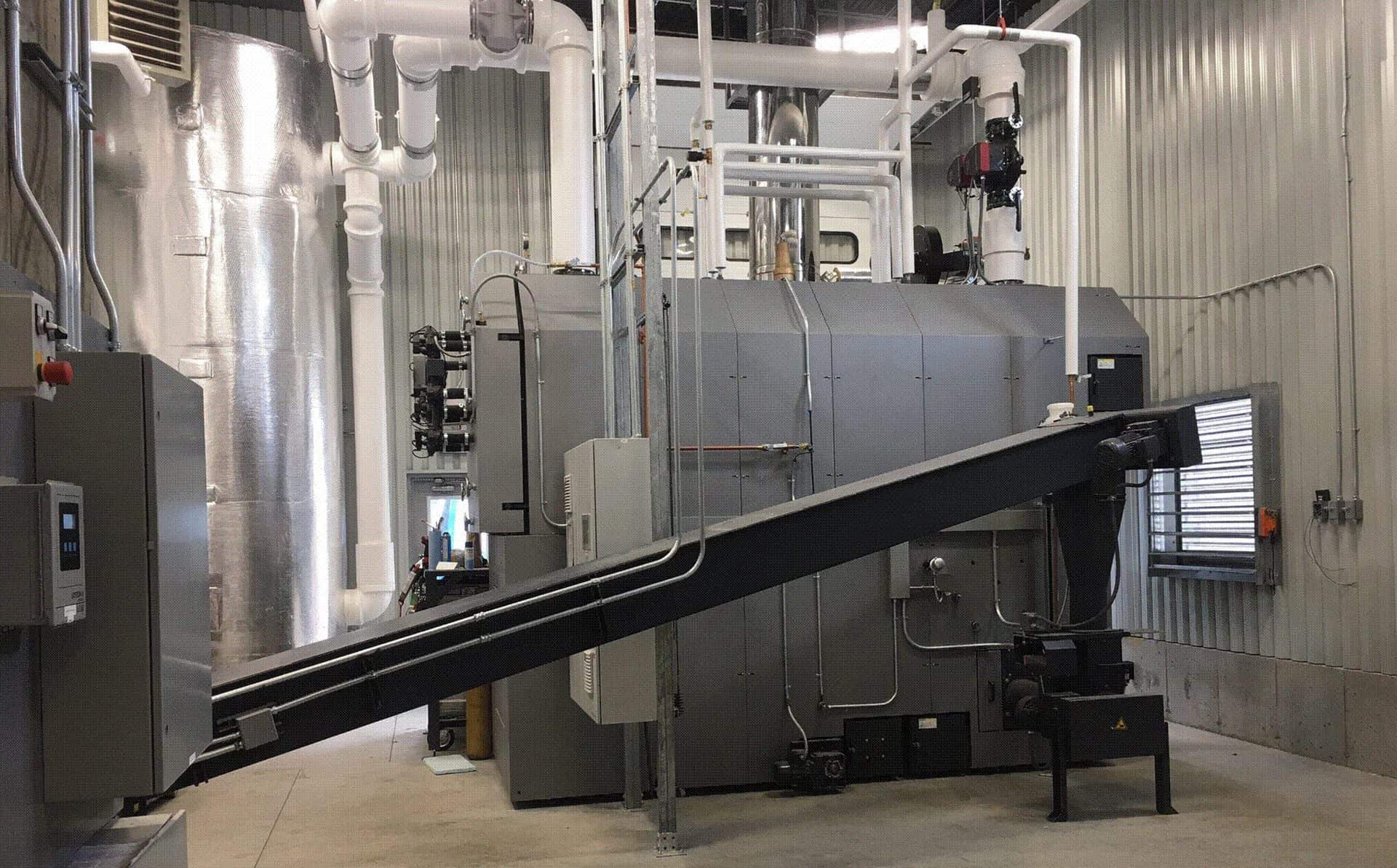 Boscawen, NH – Froling Energy of Peterborough recently completed the installation of a biomass boiler system at the Merrimack County Department of Corrections facility in Boscawen, in partnership with Johnson Controls, Inc.
Two jail facilities sit close to each other on the Merrimack County Complex site. One jail has been continuously active, while the other was vacant for a number of years, in need of updating.

The overall project included major renovations to the older jail as well as a boiler house and enclosed walkways that would connect the two facilities.

The biomass boiler system installed at the jail has a number of innovative features that significantly reduced costs and made the project financially viable. The high-efficiency boiler burns a new biomass fuel. This first site in the U.S. to employ a new rake-style chip management and storage system.

The Viessmann Vitoflex 300-UF boiler is one of the most efficient, clean-burning biomass boilers in the world. The model KPT-1250, which was deployed here, has a maximum heat output of 4.268 million BTUs per hour.

Screened semidry wood chips are the new fuel that has a number of advantages. Having just 25% moisture content, they burn cleaner in the Viessmann boiler than green chips. Using just a multi-cyclone on the exhaust, the
boiler meets all New Hampshire regulations for particulate emissions. Wetter fuel usually requires the installation of an expensive electrostatic precipitator (ESP). 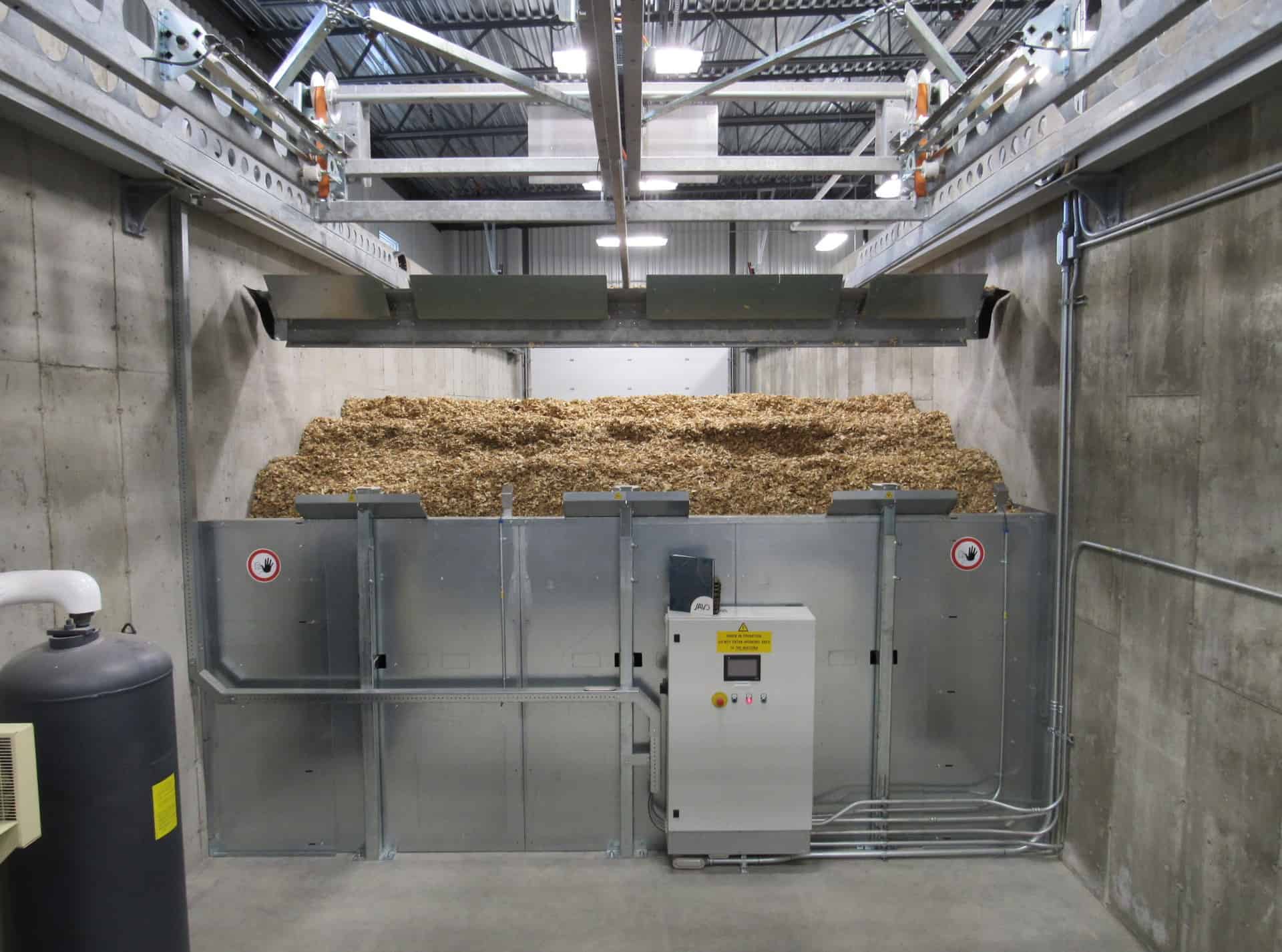 The new storage system is the Javo Toploader, an innovative overhead rake-styled chip management system that allows the chips to be dropped off by live floor trucks. The new storage area’s maximum capacity is 60 tons of screened semidry wood chips (25% moisture content). Again, this storage system design, which is backed into by chip delivery trucks, is much less expensive to construct and outfit with material handling systems.

The new boiler system is expected to offset the burning of over 92,000 gallons of fuel oil each year using locally sourced semidry wood chips. The system will also generate over 2,000 NH Class 1 Thermal Renewable Energy Certificates which can be sold on the NEPOOL exchange. The facility’s net cost for heating fuel will end up being similar to paying less than $.80 per gallon of No. 2 fuel oil. 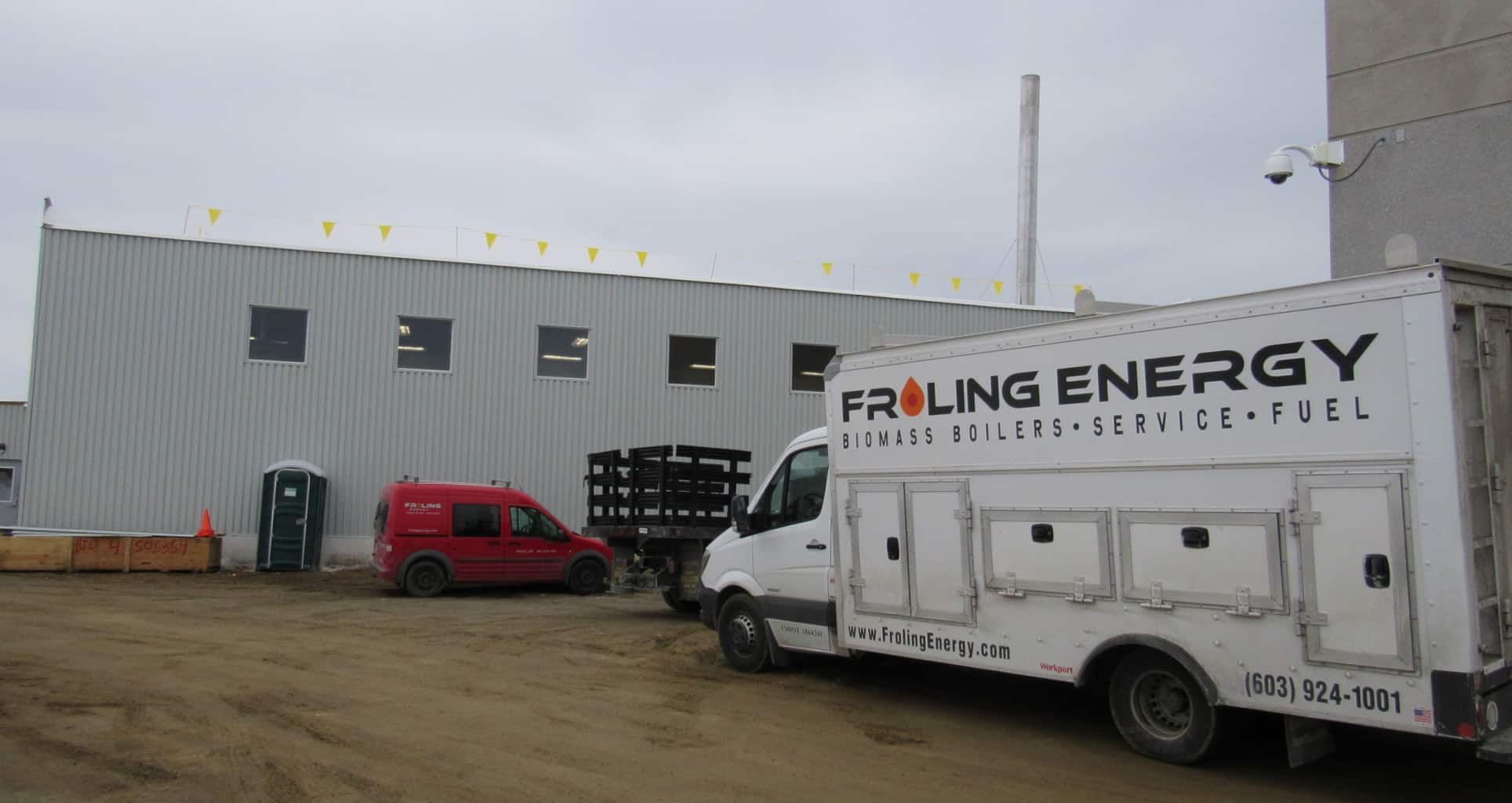 This biomass boiler project received a $200,000 RFP grant from the Renewable Energy Fund of the New Hampshire Public Utilities Commission. Overall funding for the project was provided through a revenue neutral Energy Performance Contract managed by Johnson Controls.