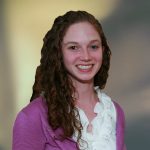 Energy Use Intensity (EUI) is becoming an increasingly common energy efficiency metric within the construction industry. Building owners, including universities and branches of the military, are now requesting that new buildings be designed to meet or exceed specific EUI targets. The AIA’s 2030 Challenge, which has been adopted by many architecture and engineering firms (including our Firm), targets carbon neutrality of all new buildings by 2030 and measures progress in terms of EUI.  As EUI is becoming ever-prevalent in our industry it is critical to understand its potential uses and misuses.

EUI allows energy use of different size buildings to be compared by normalizing energy consumption by building size. In the United States, the metric is typically reported by dividing total building energy use by gross square footage (kBtu/sf).

Let’s look at this another way: how many miles per gallon does your car get? 42 – that’s pretty good. 15 – less than ideal. Most of us understand fuel economy in terms of miles per gallon and use the metric to quickly assess fuel efficiency of a new car. EUI allows the same quick assessment of building energy. As we strive to develop our energy intuition, the EUI metric allows us to compare energy use of a proposed design to similar buildings already in operation. It also allows energy efficiency to be communicated without reference to the enigmatic ASHRAE Baseline, which is still a mystery to many.

It is common knowledge that EUI is not comparable between different climates or building types; a highly efficient research laboratory will likely still have a higher EUI than an old, inefficient office building. To account for this, the 2030 Challenge and many owners compare targeted energy performance with EUI of the same building type.

Despite its simplicity this wonder metric has two major shortcomings.

In another case, EUI proved to be a misleading metric when studying several proposed building masses for a laboratory in North Carolina. Each massing option was designed to meet the needs of the same number of students and scientists but the gross square footage was variable for each scheme; EUI seemed like a practical metric to normalize this area difference. After running an energy model for each option, we saw that the massing with a large glass atrium had the lowest EUI – quite a surprise! Upon further investigation, we found that the atrium option consumed the most energy but the EUI was lowest because the atrium added floor area without adding much energy relative to laboratory areas, which had high process loads and ventilation rates. To account for this we compared the massing options based on energy per square foot of laboratory area. This new metric included the additional energy required to condition the atrium but did not dilute energy use with the added floor area, allowing the most energy efficient massing scheme to be accurately identified.

In the future, consider using the following metrics when studying design options or comparing one building to another.

These metrics may help to illuminate parts of the story EUI excludes and in turn help you to gain a better understanding of true energy efficiency. In summary, EUI is a useful and widely-applicable metric that is gaining traction within the design and construction industry. Not only is it easily understood amongst project teams but can be applied to a variety of building types and design components. Regardless, EUI is by no means the silver bullet for accurate energy benchmarking. Understanding the metric’s shortcomings (and when to use alternative metrics) will help facilitate accurate comparison efforts now and in the future.