To reach net zero carbon, we’re going to have to design new buildings with carbon appetites (embodied and operational) of slim to none. But before we build another building, there’s one carbon-reducing practice that’s worth exploring: taking a serious look at existing buildings.

Broadly speaking, when one takes life cycle and embodied carbon into account, there’s nothing greener than a building that already exists. And reducing carbon footprint is just the beginning – there are several good reasons to look at existing buildings in the development of new space.

Architecture 2030 research shows the Building Materials and Construction Sector represents 39% of total greenhouse gas emissions. The reuse of existing buildings offers an immense opportunity to curb these emissions by prolonging the useful life of materials already in place.

In Boston, The BEAT (a reuse of the former Boston Globe building) incorporates existing structure and envelope elements into the updated building to allow these materials to continue to store their embodied carbon in place without the need for new virgin materials and their associated embodied emissions, while also curbing landfill waste.

From a life-cycle perspective, waste is expensive. By recycling buildings, labor, time, and materials are saved, while also avoiding carbon emissions to merely replace them.

While developers have to work with what existing buildings have in place, regarding their thermal envelope and form/orientation, they can greatly curb their baseline emissions through sensible upgrades to both the envelope and mechanical systems. And, if they happen to be historically significant, there are many tax credits pinpointed specifically for their continued use through local, state, and federal programs, which support the economics of saving existing structures.

Existing buildings play a vital role in the history of a place and the memory of its people; thus, their preservation is more than just retaining its physical form; it is equally the retaining of collective memories, experiences, and events of the community.

While most of us think of renovation as messy and slow, there are many benefits to reap. Before demolishing an existing building, consider adaptive reuse and retrofitting first – the benefits to you, the community, and our planet are worth a second look. 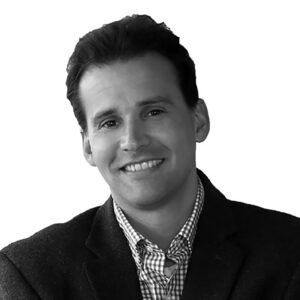