On April 14, the Massachusetts Supreme Judicial Court (SJC) issued a nuanced and limited decision in Devaney v. Zucchini Gold, LLC, holding that the Fair Labor Standards Act (FLSA) is the sole statutory scheme under which Massachusetts restaurant employees can recover damages related to their employer’s failure to pay overtime wages. The SJC held that under the circumstances before the court, the FLSA preempts the Massachusetts Wage Act (Wage Act), and employees are not entitled to the treble damages and attorneys’ fees available under the Wage Act.  This decision, however, is limited in its application.

The three plaintiffs were employed by the defendant-restaurant, Rice Barn.  Plaintiffs job responsibilities included cooking entrees and appetizers, packing and preparing food, cleaning, and coordinating orders with customers and the kitchen. Plaintiffs routinely worked more than 40 hours per week.  Rice Barn paid plaintiffs a daily rate of wages on weekdays, and one-half the daily rate on weekends. However, Rice Barn failed to keep complete records of plaintiffs’ work hours or wages paid.

In other words, plaintiffs sought to recover their overtime wages through two distinct laws:

The trial court awarded summary judgment in plaintiffs’ favor and found that they were entitled to damages under both the FLSA and the Wage Act. Rice Barn appealed this decision.

In the context of plaintiffs’ pleadings, the SJC was presented with the specific issue as to whether the FLSA precludes an employee who is due overtime wages in the first instance pursuant to the FLSA from also or alternatively recovering damages for untimely wages (overtime) under the Wage Act.

The FLSA was enacted to protect workers by providing them with overtime wage guarantees, among other protections. Under the FLSA, employees may recover their unpaid overtime wages, liquidated damages up to the amount of the unpaid overtime, and attorneys’ fees and costs. However, employers may escape liability by proving that they acted in good faith and reasonably believed that they did not violate the FLSA. Whereas the Wage Act is a strict liability statute that requires all employers to make timely payment of “wages earned,” a phrase that courts interpret to include overtime wages. If an employee establishes that their employer violated the Wage Act, the employee is entitled to the outstanding wages, plus mandatory treble damages and attorneys’ fees.

Of particular importance to the SJC in Devaney, under Massachusetts law, restaurant workers, like 19 other categories of employees, are not entitled to receive overtime wages pursuant to Massachusetts’ overtime statute (M.G.L. c. 151, § 1A), which is separate and distinct from the Wage Act. However, restaurant employees may recover overtime wages under the FLSA.  Consequently, for plaintiffs, the FLSA was the sole basis for their recovery of overtime wages.

With this in mind, the SJC reversed the Superior Court’s summary judgment decision and adopted Rice Barn’s nuanced argument that the FLSA, with its own remedial scheme and available damages arising from an employer’s failure to pay overtime wages, precludes a restaurant employee from alternatively pursuing Wage Act remedies for the untimely payment of overtime wages owed. According to Rice Barn, and as accepted by the SJC, where the FLSA provides the sole basis for recovery of overtime wages, as is the case for restaurant workers in Massachusetts, then plaintiffs cannot recover under the Wage Act.

Moving forward, certain employees seeking overtime wages are entitled only to remedies available under the FLSA, which is welcome news for employers.  However, the Devaney decision appears limited in its applicability, and employers remain subject to the Wage Act in many other circumstances.  Accordingly, employers should take the time now to review and revise their personnel policies and ensure that they understand which categories of employees, if any, may be entitled to overtime wages in accordance with federal and Massachusetts law. Performing this analysis now will save time and valuable resources when faced with future claims of failure to pay overtime wages. 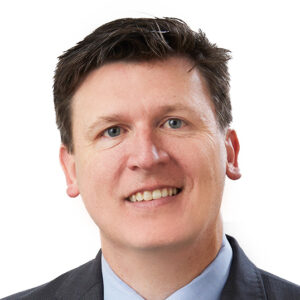