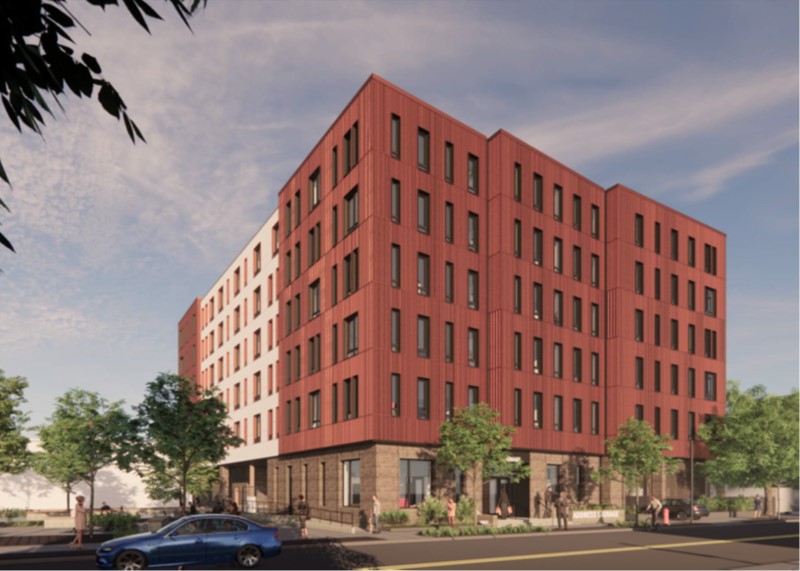 Boston – MassHousing, the City of Boston, the Massachusetts Department of Housing and Community Development (DHCD), and Urban Edge announced the completion of financing for the 65-unit, 1599 Columbus Avenue in Boston, which is part of Jackson Square Redevelopment. All 65 units at the new building will be affordable to lower-income residents. The development broke ground in September.

This project marks a major milestone in the revitalization of Jackson Square, which is bringing an influx of affordable housing and economic opportunities to the neighborhood and its residents. Over the past 12 years, the Jackson Square Redevelopment has created 487 mixed-income, transit-oriented rental homes.

The development at 1599 Columbus Avenue will combine five formerly underutilized parcels at Columbus Avenue and Amory Street, and construct a new, 6-story building with 20 one-bedroom, 36 two-bedroom, and nine three-bedroom apartments. It will include 3,200sf of ground-floor commercial space. The building is being built to passive house design standards.

MassHousing has committed approximately $21.4 million in short-term and long-term conduit financing through the agency’s Conduit Loan Program. The project is being delivered through a broad array of financing sources including MassHousing, DHCD, the City of Boston, Massachusetts Housing Investment Corporation (MHIC), Silicon Valley Bank, Eastern Bank, the U.S. Department of Housing and Urban Development, the Massachusetts Housing Partnership (MHP), and equity financing from the sale of state and federal Low Income Housing Tax Credits (LIHTCs).

The general contractor is Bald Hill Builders; the architect is Utile, Inc.; and the management agent will be WinnCompanies.  Construction is expected to be completed in spring of 2024.