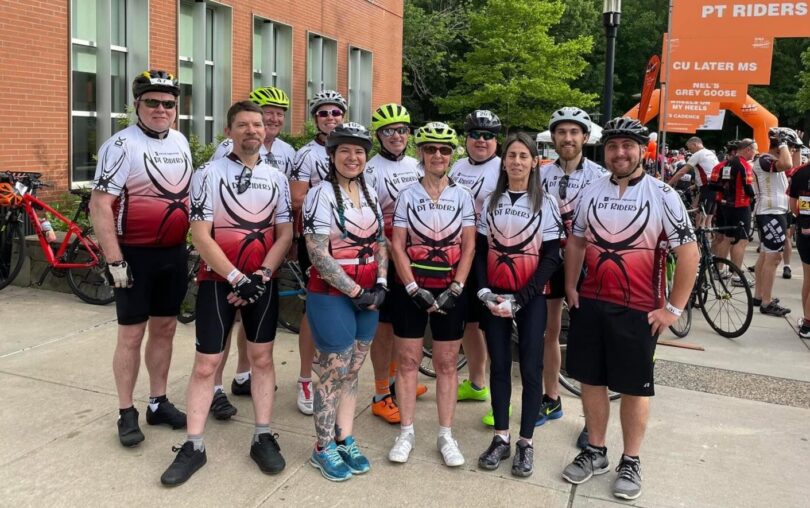 Riding 75 miles each, the team raised over $18,500 which has been donated directly to the MS Society to help find a cure and provide direct support and financial assistance for medications and medical equipment for those living with multiple sclerosis.

In addition to funds raised by the race, DiPrete held its annual beer and wine tasting to benefit the MS Society, Rhode Island. Over the years, DiPrete Engineering has raised over $280,000 for the MS Society.

“It is hard to believe that 2022 is our 20th year of riding as the PT Rider,” said Dennis DiPrete, president of DiPrete Engineering. “When we first started out in 2002 we never imagined that we would raise nearly $300,000 and cycle over 3,000 miles. We are proud of our contribution to the Multiple Sclerosis Society and also grateful for the relationships we have made along the way.”