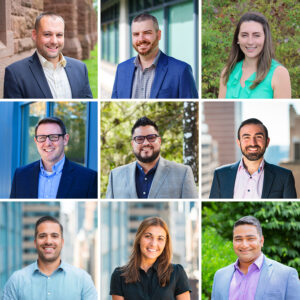 Derek Bride was elevated to principal. He has been with the company for nine years and the firm’s representatives say he has been instrumental in keeping the company at the forefront of sustainable design initiatives, concentrating on identifying opportunities to exceed established local and ASHRAE energy efficiency standards in all of his projects. He leads a team of engineers who this year have completed projects for Weaver High School, Lexington Fire Station, and Oxford Middle School.