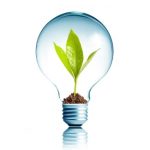 The larger the building, the greater the amount of energy needed to provide comfort for the occupants and meet power demands of modern business. Buildings are typically replaced at a rate of 1% per year. However, large buildings tend to be kept in use longer, and even longer if they become national monuments. Older buildings also use more energy. For example, pre-1980 office buildings in the United States use 10% to 15% more energy on average than post-1980.

Once buildings are deemed to be landmark buildings, significant constraints are applied that restrict the options for saving energy, particularly if the measures affect the appearance. Given that the current horizons for reducing energy use extend to 2050 and that the majority of today’s buildings (and in some cases the mechanical systems), estimated at 60% to 75%, will still be in use at that time, it is important, if not more important, to focus attention on reducing energy use in existing buildings in order to cut CO₂ emissions and achieve sustainability, rather than new.

This article is about energy-reducing measures attempted and carried out in three large office buildings in Chicago. The buildings are all skyscrapers, and, by coincidence, Chicago is the city generally acknowledged to be where the first skyscraper, “The Home Insurance Building,” was built in 1885. Architects of the so-called “First Chicago School” pioneered the steel-frame construction necessary to build skyscrapers, largely used initially to construct large office buildings. Air-conditioning meant it was no longer necessary to restrict the depth of the floors from windows in buildings to provide natural ventilation. It allowed architects to design much deeper floor plates and ignore the thermal properties of buildings; the use of curtain walling became endemic in new buildings of the era. Experience has shown, however, that overcoming the inherently poor standards of airtightness and thermal properties of buildings built post-World War II, particularly with curtain walling, makes achieving high standards of sustainability a very difficult task.

The three buildings in this article are of this vintage, and were first visited by the author in 2001 and 2003 as part of personal research on the length of service life of equipment in air-conditioned buildings. Chicago was selected due to the abundance of large air-conditioned buildings built in the 1950s and ’60s, many with their original systems. The Inland Steel Building and the Richard J. Daley Center have been designated landmarks by the “Commission on Chicago Landmarks,” and as such are subject to constraints on alterations. The buildings were revisited in 2012, and during the intervening period many energy-saving measures had been attempted or applied to the buildings, in distinctly different ways, with different levels of intervention.

The air-conditioning systems for all three buildings were designed between the mid-’50s and the mid-’60s. The designs were typical of the era, well before the “first oil crisis” in the United States, and show little acknowledgement to the need to conserve energy. The systems have common energy-demanding techniques such as: 1) operating air and water distribution systems at a constant rate; 2) cooling air to below its dew-point temperature to dehumidify; and 3) high inlet pressures terminal units. The buildings continue to operate today with the original air-conditioning systems modified and retrofitted to reduce energy use, although the levels of intervention differ from relatively simple measures such as the addition of digital controls and inverter drives, to plans, not achieved, to take one building back to its frame and completely replace all mechanical and electrical systems and the building cladding.
David Arnold, Ph.D., is a partner at Troup Bywaters & Anders in Reading, U.K. He is chair of ASHRAE’s Historical Committee.