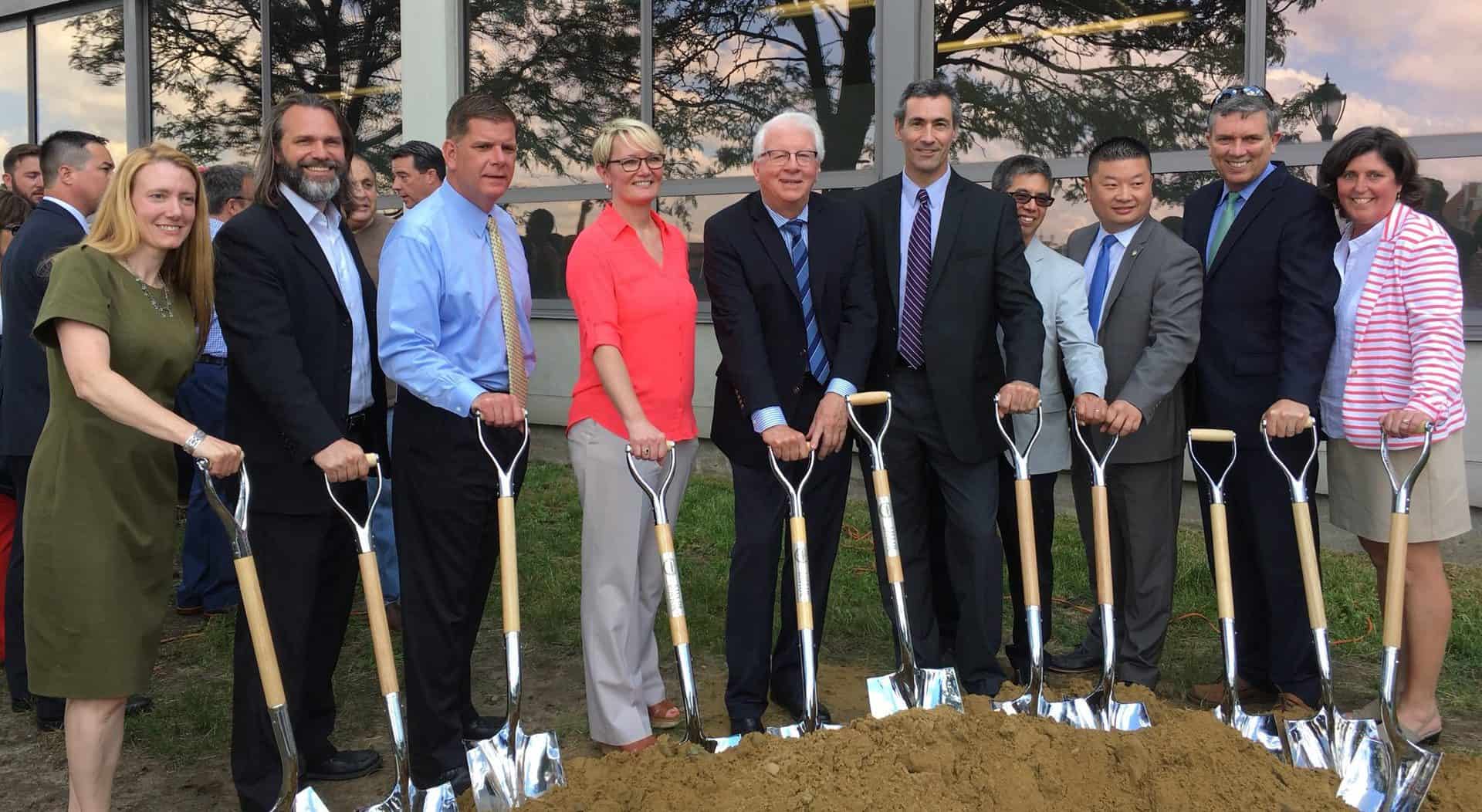 When completed in fall 2019, the school will feature state-of-the-art spaces designed to promote collaborative learning, as well as an art studio and robotics-engineering lab overlooking the Charles River.

The Eliot Upper School, which serves 280 students in grades three through eight, is located in a 42,000sf building at 585 Commercial Street in the North End. The two-year construction project — the final phase of an overall $43 million project to two Eliot school buildings — will begin in early July. Finegold Alexander Architects is the architect for this project.

The upgrade of the Commercial Street school building will include a complete renovation of the building’s interior, replacement of its exterior façade, and many structural and site improvements.

On the first floor, a new multipurpose room will be constructed that can be utilized by the community. On the second and third floors, there will be 18 new classrooms, including several new spaces, such as an art room, technology room, and media center that will look out over the Charles River.

One of the important design elements will be nearly a dozen windows that project outward from the side of the building, creating learning nooks geared for small-group instruction and collaborative learning spaces that will enable students to work with each other and explore alternative solutions to solving problems.

Exterior upgrades will include the addition of a new stair tower and elevator to assist with accessibility and improve the flow of the building. There are also many features that will promote sustainability, such as a new reflective roof, metal rain screen, a storm water retention system and discharge, LED lighting with daylight sensors and occupancy sensors, low-flow plumbing fixtures, high-efficiency boilers, and new windows that will maximize sunlight. Other mechanical improvements will include a new electrical system and fire and alarm protection systems.

“Boston Public School students deserve the best, and this investment is a testament to how we value public education in Boston,” said Mayor Walsh. “This new space will bring the Eliot School into the 21st century, and create the best learning environment for our students. The Eliot School represents the $1 billion we’re investing in BPS buildings over ten years throughout Boston, and I’m proud that as City, we’re making investments that will allow students to achieve their full potential.”

This project is part of Mayor Walsh’s $2.08 billion fiscal year 2018-2022 Imagine Boston Capital Plan, which supports initiatives such as BuildBPS.

“The Eliot Innovation School offers students the unique experience of a ‘school with a view’, which allows for all kinds of opportunities,” said Rebecca Berry, Principal with Finegold Alexander Architects. “At 585 Commercial Street, the building’s views to the Boston waterfront infuse a sense of tranquility, delight and wonder to the student learning experience.”  Finegold Alexander Architects has been involved in two other Eliot Innovation School renovations, both at the original school at 16 Charter Street, and the North Bennet Street gut renovation at the former North Bennet Street School location, both in the North End.

“This is an important project that will allow the Eliot School to continue to thrive and offer its students a world-class education,” said Boston School Committee Chairman Michael O’Neill. “It is great to see that its design incorporates many of the core principles that are included in the BuildBPS facilities master plan.”

“It is so beneficial for our students to be able to learn in classrooms that can accommodate today’s technological needs and are adaptive so that children can learn from each other, and collaborate together,” said BPS Superintendent Tommy Chang. “We are grateful for Mayor Walsh’s commitment to upgrading and improving our educational spaces to better prepare students for 21st-century success.”

“As a school community, we are so thankful for the support of Mayor Walsh, Superintendent Chang, School Committee Chair O’Neill, and the North End community in helping us expand and grow the Eliot,” said Principal Walker Griffith. “This is a thrilling time for our students, families and teachers as we prepare our students to succeed in school and in life, and become the next generation of leaders.”

The Eliot School has experienced renewal under the leadership of Principal Walker Griffith, who after taking over as principal in 2007 transformed the facility into a top performing elementary and middle school that attracts students from across Boston. The Eliot, which now has a waiting list for kindergarten larger than its original student body, was featured on The Today Show in 2010 when co-host Matt Lauer visited the school to conduct interviews on the importance of kindergarten.

When the renovation of the Commercial Street building is completed in two years, the Eliot will be able to serve upwards of 800-1,000 students at three campuses.

“The renovation to the Eliot Upper School is a key investment for the North End community, and reflects Mayor Walsh’s strong commitment to ensuring that our students can learn and thrive,” said Boston Public Facilities Director Tricia Lyons.

“This project required extensive permitting due to the waterfront site. The collaborative effort among City, State and Federal agencies was significant, and should be commended.”

Finegold Alexander Architects is the architect for another Eliot School project at North Bennet Street, also in the North End.