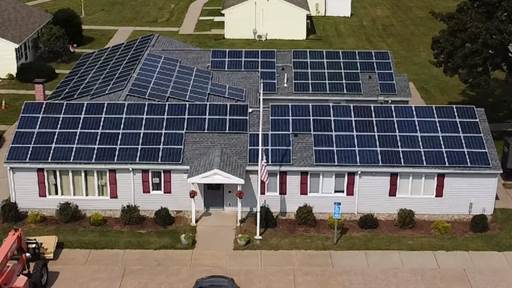 The low income, elderly and non-elderly property is comprised of 84 garden style apartments, three laundry rooms, and a large community hall/office building. The Housing Authority has agreed to a 20-year power purchase agreement (PPA) in which they buy the electricity generated by the system at a fixed reduced cost. The PPA will save the Housing Authority approximately $130,000 on their electricity costs over the agreement term.

“A power purchase agreement (PPA) works well for properties like a housing authority that cannot monetize the investment tax credits offered by the federal government,” said Mackey Dykes, Vice President of Financing Programs at the Green Bank. “The PPA model allows the housing authority to harness all the energy and cost savings benefits of solar energy.”