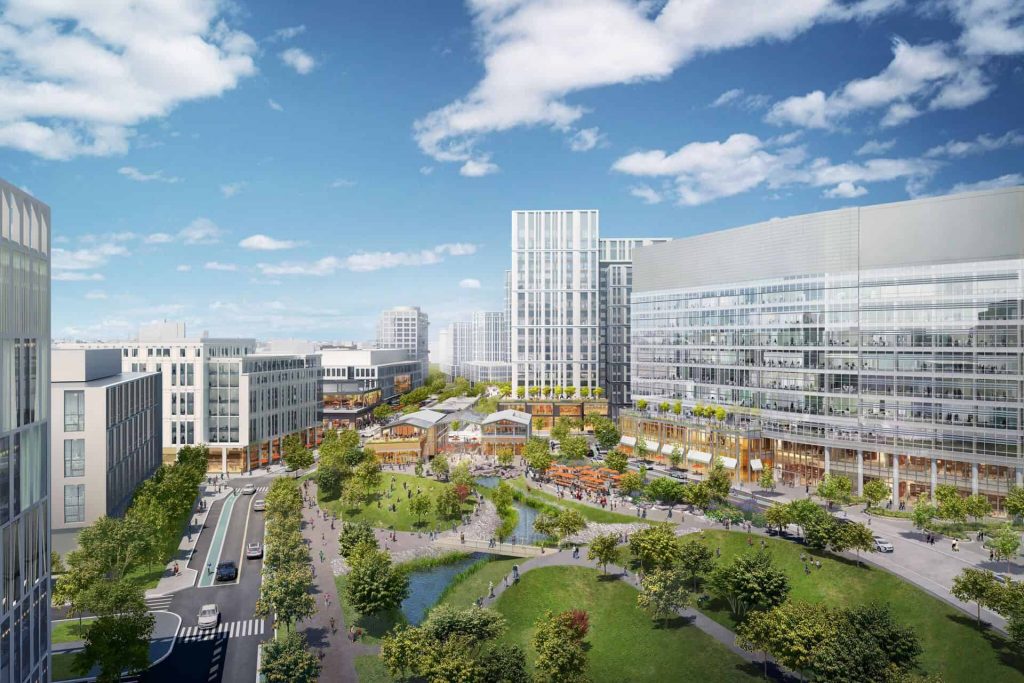 At full buildout, CX will be comprised of approximately 2.1 million sf of state-of-the-art science and technology space, approximately 2,400 new residential units in addition to 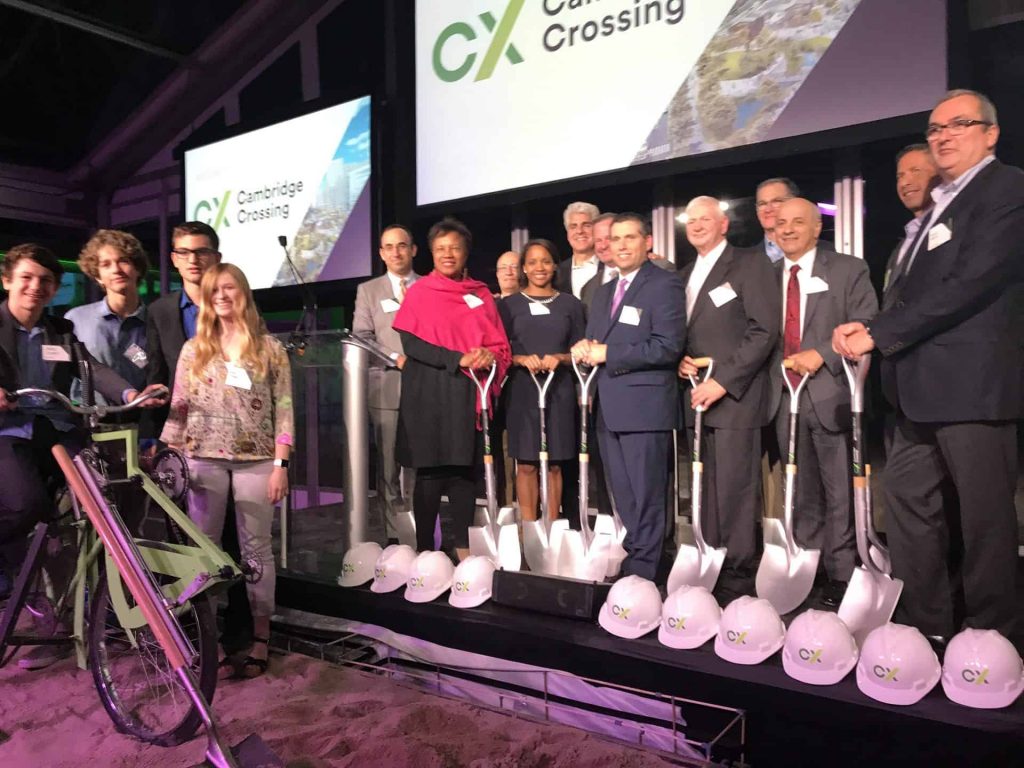 approximately 2,500 existing units, and approximately 100,000sf of retail thoughtfully curated to deliver a unique and local neighborhood experience. The project will also include approximately 11 acres of activated public open spaces, highlighted by a central common area.

Cambridge Crossing is adjacent to Kendall Square and centered within one of the highest concentrations of talent and intellectual capital in the world. Formerly a rail yard, CX will be a new mixed-use neighborhood with research facilities, residential units, and retail amenities in a compact, walkable, and transit- and bicycle-friendly plan that will become an integral part of the existing East Cambridge neighborhood.

The site will be directly served by two MBTA transit lines.  The new Lechmere Station, part of the Green Line Extension commencing construction in December 2017, will be located directly on the CX site, and the Orange Line Community College Station is steps away.

“Our goal as a company has always been, and always will be, to add value whenever and wherever we can. If we can help create places where innovators can attract, nurture, and ultimately retain talent, then we will have done our job and given long term value back to those innovators and the community at large,” Shiff said.

“Great companies driving real change think in terms of forever, not in terms of cycles and that’s exactly how we are approaching CX.  This is an area surrounded by the human electricity of innovation and education, where more Nobel laureates have come from than anywhere in the world.  On behalf of DivcoWest, we are thrilled to embark on our long term commitment to develop a world class community within this former rail yard – a place in which companies, researchers, start-ups, entrepreneurs, visionaries and Nobel laureates, can live, work, play and thrive,” Shiff added.

“The City of Cambridge is thrilled to see Cambridge Crossing evolve into this innovation-driven community. It is important that we continue to provide places that allow our local colleges and universities to collaborate with entrepreneurs and industry leaders in solving real world issues, and in developing the next generation of companies,” said the Honorable E. Denise Simmons, Mayor of Cambridge.

“We are making the investments in retail, open spaces and infrastructure that are necessary to make Cambridge Crossing a thriving urban neighborhood and to attract existing commercial office tenants, as well as new tenants locating to the area for the first time,” said Tom Sullivan, President of DivcoWest’s development division.  “We are thrilled to launch the project with a new name and brand identity to signify this ‘game changing’ moment for the largest transit-oriented site in the Greater Boston region. We want to thank Cambridge, Somerville, Boston, the State of Massachusetts and the MBTA for their unwavering commitment to working with DivcoWest to make Cambridge Crossing a reality.”

DivcoWest invited over 300 people to share in the launch of the new brand and showcase plans for the Cambridge Crossing. To represent the future of CX and its place for innovation and the thinkers of tomorrow, DivcoWest invited Nuvu, a full-time innovation school in Cambridge, to participate in the groundbreaking ceremony.  Nuvu used a human powered bicycle to dig the dirt officially breaking ground alongside elected officials and attendees.