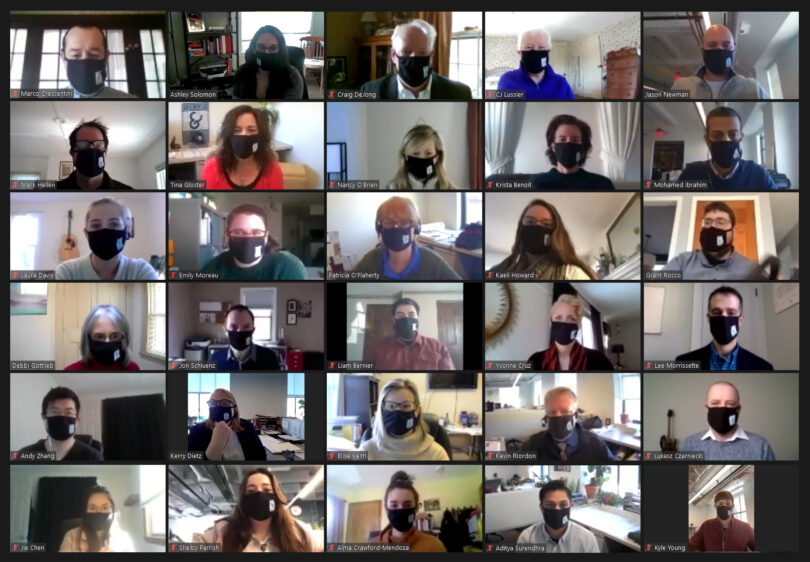 An ESOP is a benefit plan that allows employees to earn stock in the firm and serves as a long-term retirement benefit for all employees as owners. Kerry L. Dietz, AIA has been the sole owner of Dietz & Company Architects since its founding, and this is a big but exciting transition in ownership and leadership for the firm.

All 30 current employees are now part of the ESOP. Dietz has also selected five employees to take on new leadership roles within the firm. Kevin Riordon AIA, Jason Newman AIA, Craig De Jong AIA, and Lee Morrissette AIA have all been promoted to the title of principal, and Tina Gloster has been promoted to chief financial officer.

As the ESOP is managed by a trust, of which Dietz is the trustee and thus continues to be majority owner, Dietz & Company Architects, Inc. will retain its status as a certified Woman Business Enterprise (WBE) for the foreseeable future.

Dietz says, “After being in business for over 35 years, it was time to look to the future and the existing resources we have developed over the past three decades. The ESOP structure maintains the company that we have built together. It reflects our shared values and company culture, while allowing for a controlled and measured transition over a number of years. It also meant that people’s day-to-day jobs won’t change. This was not a mere whim. This was a thoughtful, detailed, and complicated process, designed to create and continue the great company we have built.”

The staff is also very excited about this new direction for the firm. “The transition of the company’s ownership by Kerry to the ESOP is an extremely generous and thoughtful business decision. It is a demonstration of her values that I am eager to continue. The employees are the company and they should share in the company’s successes. In this ownership and leadership transition we will continue to be a firm where architects can grow and lead a rewarding career designing architecture that inspires and serves the community,” said Lee H. Morrissette AIA, principal.

“When the decision to transition to an ESOP was announced, it was a true testament to Kerry and her company’s core characteristics: trust, teamwork, community, and growth. The time taken to ensure the day-to-day of every employee smoothly transitioned into the future is just one example of the plethora of selfless acts present in the infrastructure of Dietz & Company Architects. It is an honor and privilege to be part of a company that invests so highly in their employees,” said Kaeli Howard, architectural associate.