A few years ago, homes across northeastern Connecticut started sinking. The problem was eventually traced to faulty concrete poured in the 1980s. Thousands of homeowners risked losing their homes, and their financial security, through no fault of their own. In response, the Connecticut Legislature created the Crumbling Foundations Assistance Fund, which charged every Connecticut homeowner $12 annually to replace the foundations and save the homes. Though controversial, this measure was not only right, but smart. Inaction would have cost the state and towns involved much more in the long run.

I learned about this story from Sacha Armstrong-Crockett, a realtor and anti-racism activist in Middletown. She shared it to contrast the state’s relatively swift action for these homeowners with the state’s long-standing inaction in addressing the damage exclusionary zoning laws have done to communities of color in Connecticut.

Over nearly a century, local zoning laws have blocked black and brown families from living in certain parts of the state and from building generational wealth through homeownership. As documented in The Color of Law by Richard Rothstein, in Connecticut and across the country, this was first done explicitly through racial covenants; later, it was done implicitly through things like banning multi-family housing and requiring large lot sizes for single family homes.

The result of this racist zoning regime is undeniable: Connecticut is one of the most racially and economically segregated states in the country. Two-thirds of the state’s people of color live in only 15 of its 169 towns and cities. While 76% of white families own homes in Connecticut, for black and brown families, it’s only 40% and 34%. This legacy is also undeniably tied to why the state is currently near the bottom of population, job, and home construction growth in the country.

As Armstrong-Crockett pointed out to me, the lives of generations of black and brown families in Connecticut were built on crumbling foundations, but the state hasn’t rescued them. In 2020, with the national upheavel over racial justice after the murder of George Floyd, Connecticut residents finally began to acknowledge the cost of that inaction.

Out of this moment, DesegregateCT created action. Everyday folks from across the state came together to begin undoing the state’s dark legacy of land use and to create a new, brighter legacy, one that is equitable and sustainable for all residents of Connecticut. In our first year, we educated thousands of people on zoning laws, trained hundreds of local advocates to seek change in their towns, and passed the first meaningful statewide zoning reforms in three decades.

Our work has been challenging. But we are winning because fighting for zoning reform in Connecticut is not only right, it is smart. It means more opportunity for businesses, workers, and families. It means a fairer society and a cleaner climate. A more equitable and sustainable Connecticut is a more prosperous and safe home for all of us. It is the firm, lasting foundation for a better future that the state must build. 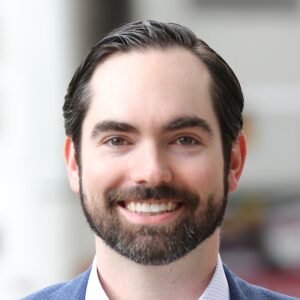 Peter Harrison is the senior policy fellow at DesegregateCT.