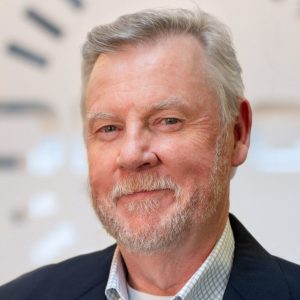 Brookline, NH – DECCO, Inc.’s Center for Craft Excellence was dedicated on July 23 in memory of partner Tim Barton. Barton was a member of DECCO’s board of directors and executive VP responsible for recruiting, retention, and training for the company’s workforce.

The center provides space for the advancement of the craft – the further development of individuals who wish to pursue a career in construction offering an apprentice program and experiential learning opportunities.

Barton was an advocate for merit shop construction and training in New England having mentored many in the construction industry. Under his direction, DECCO’s federally registered apprentice program for pipefitting and plumbing has received national accolades and produced nine ABC (Associated Builders and Contractors)  national craft champions and 14 local Massachusetts craft champions. Over the past 15 years, more than 100 team members have participated in the apprentice program with 100% of the team members becoming licensed in their respective trade. 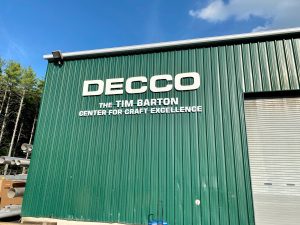 Barton facilitated a relationship on behalf of DECCO’s apprenticeship program with MY TURN, a Manchester youth services organization with a mission to help youth develop goals, skills, and confidence to support transition into post-secondary education or training and the world of work.

The ABC New Hampshire/Vermont Chapter Young Professional’s Group donated $1,000  to continue his legacy with all donations to be given as a scholarship in Barton’s name.

“Under Tim’s leadership, DECCO has been recognized as a leader focused on promoting, educating, and mentoring the next generation within the building trades,” notes Kyle Reagan, CEO. “There was no question that our craft training center should be renamed to honor Tim’s legacy and the continued promotion of careers in the construction trades.”