Although I only majored in architecture for my first year in college, one early lesson quoted from Louis Sullivan always stood out for me: “Form ever follows function.” Now as a civil engineer, much of the form and function of my work is out of sight below ground, but this design principle is visible in many aspects of site planning, particularly in managing stormwater.

We are all seeing an increase in higher intensity rainfall in our communities and elsewhere described in the news. As a result, stormwater management is shifting from the “collect and bury the runoff” approach to visible and natural approaches that are more efficient in conveying and storing water while treating it through filtering, infiltrating, and recharging groundwater. Rain gardens and bioswales provide an important drainage function and offer an aesthetic landscape form designed by the amount of water they receive, topography of the land, and underlying soil conditions.

Although there is a resurgence of the open stormwater concept, it is not a new one. Look to the Back Bay Fens in Boston originally designed in the 1800s. Frederick Law Olmsted’s park within the Emerald Necklace was a stormwater solution to alleviate flooding and control the tides, but it was also a mix of gardens and recreational trails that connected the public to water within this section of the city. And it still does.

Today, we have good examples of open stormwater in Connecticut cities: 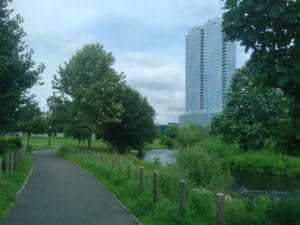 These are just a few examples where stormwater is being collected and conveyed in the open but also provides a public amenity. The flood improvements and parks are leading to economic development in these communities, as well. Perhaps Sullivan and Olmsted were onto something over one hundred years ago . . . 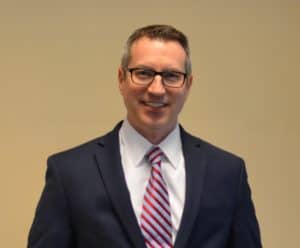