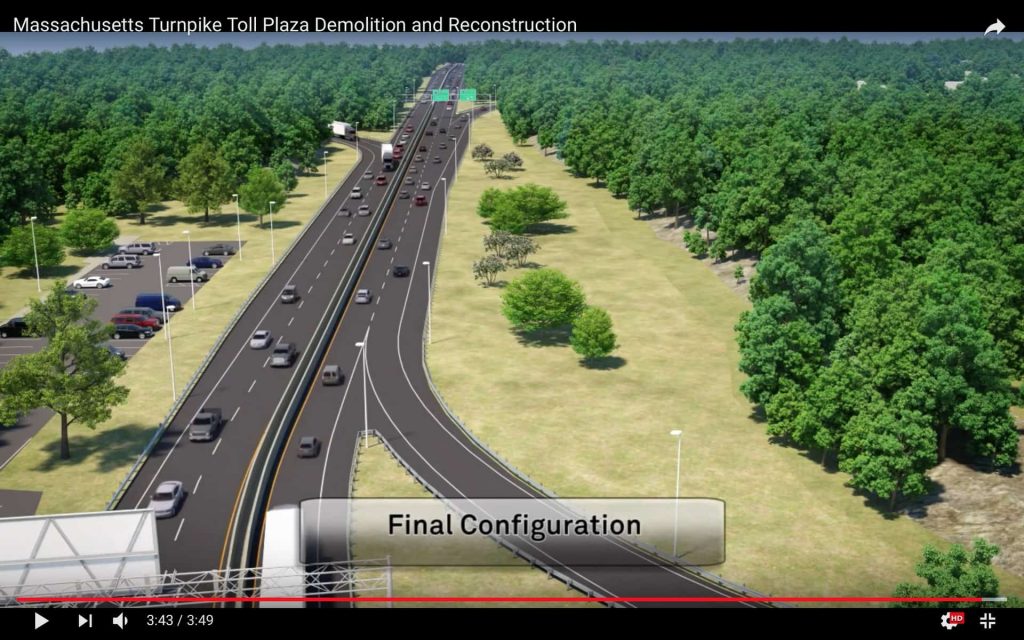 Wilmington, MA – IBEW Local 96 signatory contractor, Dagle Electrical Construction Corp., based in Wilmington, has reached substantial completion of the MassDOT Toll Plaza Lighting project on I-90 (MassPike) in District 3, from Exit 13 (Natick/Framingham) to Exit 9 (Sturbridge). The project has included wiring and installation of 145 new LED light poles and lighting controllers for the reconfigured ramps on I-90 in Central Massachusetts. The project also includes 20 new LED poles installed in the Park & Ride facility at Exit 11 in Millbury.

The phased project first entailed de-energizing all existing toll plazas and lights and providing temporary lighting feeds to allow for safe demolition of the toll plazas. Preconstruction planning and investigative work were integral to the project as the contractor isolated all electrical areas to toll plazas before de-energizing and demolition work could begin.

“Strategic planning was critical to enable the phased project to be undertaken in a safe and timely manner,” said Akoury. “The general contactor, Skanska McCourt, had an effective project plan in place and our Local 96 crews did considerable investigative work to safely maintain the roadway’s temporary lighting during the demo phase.”

The District 3 portion of the MassDOT Toll Plaza lighting project is only part of Dagle Electrical’s work on the MassDOT I-90 ramp lighting project. The NECA/IBEW contractor has provided all electrical work on the project from Boston to the New York border, working with Local 103 from Boston to Weston, Local 96 from Framingham to Sturbridge, and Local 7 in western Massachusetts.