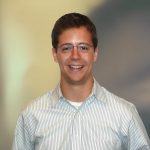 Most design professionals have begun to recognize the benefits of energy efficiency within sustainable design – it just makes sense. Simply put, designing a building to exceed code results in reduced utility bills and more comfortable tenants, strategies that have been made possible through a wide variety of advancements within the design and construction industry. Local and state jurisdictions, especially in New England have taken steps to validate building energy use and establish more stringent codes. Here in Massachusetts, over 140 municipalities have adopted the MA Stretch Code1.

In Boston, the first round of the city-mandated Energy Benchmarking Ordinance is underway, requiring medium- and large-sized buildings to report their energy use on an annual basis. As such, owners and designers look to certification programs such as LEED, Green Globes and NE-CHPS to support recognition of designs to meet these initiatives. All are viable options with LEED as the frontrunner for most commercial developments.

One rating system gaining traction is Passive House, a German-based standard that is touting itself as the most rigorous standard to date., instead of trying to capture site development, energy and water use, material selection, and IAQ requirements in one submission package, Passive House simply requires that projects meet a short but uncompromising list of energy goals. Passive House is not just a rating system but also a series of design principles, the driving factor being building mass; maximizing the use of efficient building materials leads to super-insulated, extremely airtight buildings. There is also an emphasis on passive design strategies such as self-shading and natural ventilation. In return, these buildings typically use up to 80% less energy than conventional, equivalent buildings2.

So how does Passive House stack up to LEED?  In all respects, Passive House does not have the green certification market share that LEED occupies. This is mostly due to marketability and certification dynamics.  LEED is sexy, easily understood by building owners and developers. Reducing water use is a tangible component, as is specifying that all office chairs be made with recycled content, or that a proposed site on a Brownfield be remediated before construction.  Conversely, Passive House only requires that project buildings meet very stringent energy targets with the evidence of these savings attained through Passive House-developed verification software, a blower-door test and assessment of the ventilation system.

Geographically, Passive House was initially developed for smaller residences in Eastern Europe, a region with considerably colder climates. It has since evolved into more diverse applications and building types. For instance, the Distillery building in South Boston is in the process of being designed to Passive House, the final development to hold over 100 residential units. Once complete, it will be the largest Passive House building in the United States and will use 10% of the energy of a conventional, comparable building type – savings realized via additional green technologies such as cogeneration and heat recovery3.

Passive House has proven to be a feasible option in most climates, but LEED still has a firm handle on its ability to apply itself on a global scale while also incorporating design components such as water efficiency and site development; LEED is more of a “whole picture” certification. In contrast, Passive House relies on envelope and shell improvements alone to reach certification and has not seen as much adoption by larger developments, the Distillery being the exception and also a possible foreshadow of how the market may shift to accept Passive House principles on a larger scale. Regardless, Passive House’s aggressive energy targets have raised the bar in the name of energy efficiency – it has gained a foothold in the green certification industry by proving-out substantial energy savings, practically from shell optimization alone.

This isn’t to say that LEED or Green Globes are failing, but a mandated 38 kBtu/sf/yr (Passive House’s energy requirement), for most large-scale developments would certainly rock the design world if it were part of the next round of energy codes.