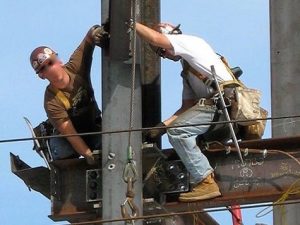 Two-thirds of construction firms report they are having a hard time filling hourly craft positions that represent the bulk of the construction workforce, according to the results of an industrywide survey released recently by the Associated General Contractors of America. Association officials said that many firms are changing the way they pay and operate to cope, but warned that labor shortages could undermine broader economic growth and called for new workforce measures to improve the pipeline for recruiting and training new craft workers.

“With the construction industry in most of the country now several years into a recovery, many firms have gone from worrying about not having enough work to not having enough workers,” said Stephen Sandherr, chief executive officer for the Associated General Contractors. “These shortages have the potential to undermine broader economic growth by forcing contractors to slow scheduled work or choose not to bid on projects, thereby inflating the cost of construction.”

Tight labor market conditions are prompting nearly half of construction firms to increase base pay rates for craft workers because of the difficulty in filling positions. Twenty-two percent have improved employee benefits for craft workers, and 20% report they are providing incentives and bonuses to attract workers.

Sandherr called on federal, state, and local officials to act on the measures in the association’s Workforce Development Plan to address the growing worker shortages. In particular, he urged Congress to reform and increase funding for the Perkins Career and Technical Education Act, enact immigration reform, and make it easier to set up charter schools and career academies that teach basic construction skills.