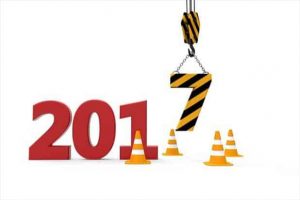 Natinoal – Construction spending hit a 10-year high in November with monthly and year-over-year gains in both public and private categories, according to an analysis by the Associated General Contractors of America. Association officials said the November data indicates that the 2017 outlook for construction is favorable even as they cautioned that demand will vary for different types of construction projects.

“These numbers confirm what contractors have been reporting—that there was no let-up in demand last year,” said Ken Simonson, the association’s chief economist. “Most contractors expect to remain busy in 2017, as well, although there will be a shift in the types of projects that are most active. Office construction is especially hot, while manufacturing and apartment construction are slowing sharply, and public investment is a major question mark.”

Private residential construction spending increased by 1.0 percent between October and November and rose 3.0 percent over the past 12 months. Spending on multifamily residential construction slipped 2.7 percent for the month but was 11 percent higher than in November 2015, while single-family spending climbed 1.8 percent for the month but dipped 0.9 percent from a year earlier.

Public construction spending moved up 0.8 percent from October to November and 2.6 percent from the November 2015 rate. However, public totals have been volatile for the past two years, Simonson observed. He cautioned that federal funds for infrastructure remain a weak point and that a number of states are facing new fiscal challenges that may jeopardize investment in infrastructure and public universities.

Association officials said the November spending data offers some early insight into the outlook for construction in 2017. They added that the association will release its annual Construction Hiring and Business Outlook on January 10 which is based on survey results from construction firms across the country. That Outlook offers insights into whether firms plan to hire new employees, which market segments they expect to grow in the coming year and the significant challenges firms expect to face in the coming months.

“Now that construction spending levels are approaching prior peak levels, we want to know whether the industry will continue to expand this year,” said Stephen E. Sandherr, the association’s chief executive officer. “One factor driving the outlook for 2017 will be whether the new President and Congress can find a way to make needed infrastructure investments, cut regulatory burdens and provide relief for rising health care costs.”