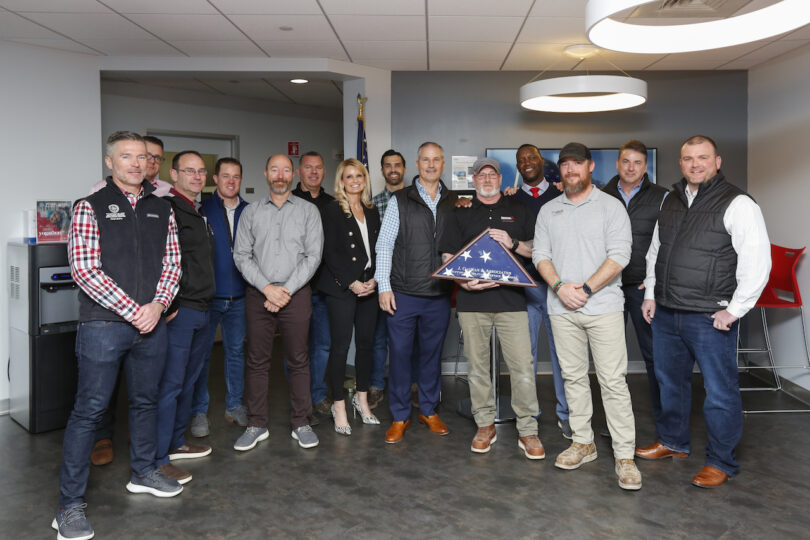 Quincy, MA – J. Calnan and Associates (JC&A) was recently honored by a group of staff veterans in recognition for the company’s dedication to helping with their transitions to civilian life.

During a ceremonial breakfast, several additional veterans-turned-JCAers were quick to chime in with their own sentiments on how JC&A helped ease their transitions to civilian life. The event took place at JC&A’s Quincy Headquarters.

Former Staff Sargent Andre Grant has been a valued member of the JC&A team for nearly a decade, during which time he has also served in the US Army Reserve. Reflecting on the support that JC&A afforded him throughout his career prompted Andre with a desire to show his appreciation by presenting the Partners with a commemorative American flag.

“Many organizations claim to support the troops, and truthfully a lot of them are genuine, but I can tell you with 100% certainty that JC&A’s support is upper level,“ said Grant.  “During my 20 years of service, I can remember only two employers that didn’t require me to use my vacation time for pay when I was doing my annual training or on deployment. I can only remember one that didn’t make me feel guilty about my military commitment, and that’s JC&A.“