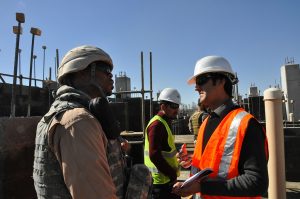 California & Nevada have biggest job gains for the year, Iowa and Missouri have largest declines, California and Montana add the most jobs for the month while New Jersey loses the most jobs.

View the state employment data by rank and state.

Forty-two states added construction jobs between December 2016 and December 2017, while 32 states and the District of Columbia added construction jobs between November and December, according to an analysis by the Associated General Contractors of America of Labor Department data released today. Association officials said a new federal infrastructure measure would help guarantee continued employment gains in the sector.

Association officials said the best way to ensure construction employment continues to expand is for Congress and the administration to work together to enact new infrastructure investments. They noted that, according to a sector survey the association released earlier this month, many firms appear to be counting on new federal infrastructure funding as they plan to expand headcount this year.

“Many construction firms are counting on the president to deliver on his promise to boost infrastructure funding,” said Stephen E. Sandherr, the chief executive officer of the association. “Passing a new infrastructure measure will support more job growth where construction firms are already hiring and help reverse declines in the states where employment is falling.”