Construction contingency clauses fund events or factors that arise during the course of a project. What constitutes a “contingency,” the process for releasing contingency funds, and how the residual contingency funds are distributed are often heavily negotiated.

The owner and contractor must negotiate the factors or events constituting a contingency. They often involve items not fully developed or understood when construction commences. For example, the plans might not be fully developed so increased costs associated with the completed plans may qualify. Likewise, unexpected material cost escalations or force majeure events might also qualify.

For example, the owner may permit the use of contingency funds for bidding errors arising from the owner’s rush to obtain a bid before the contractor could fully develop its bid. In these circumstances, the owner may put a cap on the amount or a limit on the type of errors that qualify (e.g., bidding errors up to a maximum of $10,000).  Likewise, a contractor may permit unforeseen conditions (that would otherwise qualify as a change order) on a project where the owner does not have the ability to obtain additional construction funds. In short, contingencies narrowly tailored to the specific needs of the project are mutually beneficial.

The process for releasing contingencies is also heavily negotiated. For example, does the contractor or owner control the release or is the release subject to collaboration?  Many contingencies provide the contractor with an absolute right to use the contingency for a discreet number of items. Other items might fall within the owner’s control or be subject to a collaborative process. Alternatively, the contractor might have the right to access contingency funds up to a certain dollar amount after which the owner controls or the process is collaborative. Regardless, it is imperative that the owner get an accounting of the use of the contingency funds. This is often done in conjunction with the payment application process.

In summary, contingency clauses provide the parties with the flexibility to cover unexpected costs. Carefully crafted, these clauses provide a vital tool for the parties to achieve balance and certainty in the construction realm where both are in short supply. 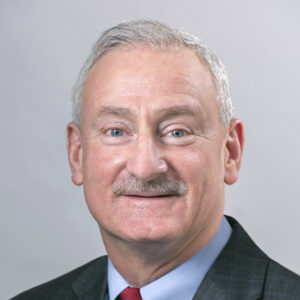 Drew Colby is a director at Kenney & Sams, a firm specializing in construction law.