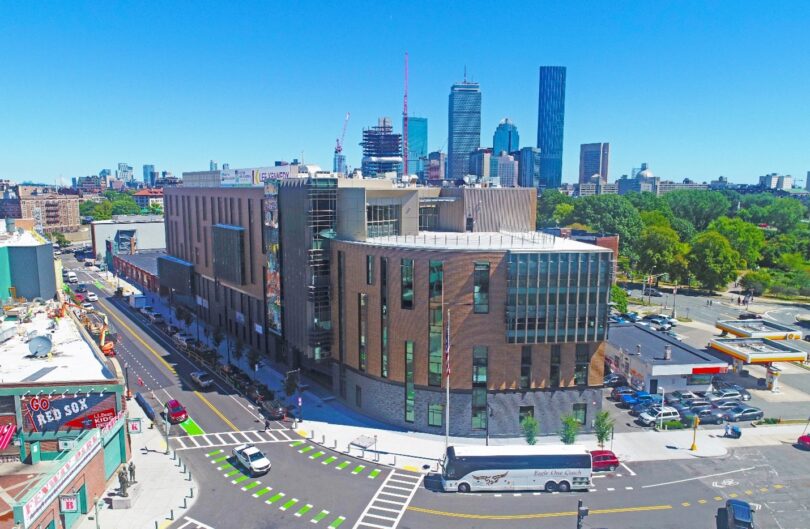 Boston – Lee Kennedy Co., Inc. has completed construction on Boston Arts Academy’s (BAA) new $117 million school building across from Fenway Park at 174 Ipswich Street. More space was a priority for Boston’s only public school for the visual and performing arts. The 154,000sf building has expanded the BAA’s space allowing it to welcome 15% more students than before. 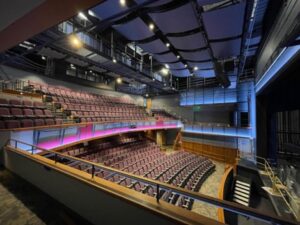 Each floor within the building is dedicated to a different art discipline with common areas throughout to encourage spontaneous performances and instruction. All levels offer flexible classrooms and different learning environments, including a STEAM lab where students can explore how subjects like math, science, and technology intersect with the arts. Large public spaces, such as the lobby, double as art galleries where student work is displayed. The school also has a 500-seat theater featuring a proscenium stage.

The new facility provides better rehearsal studios, high-tech fashion and fine art studios, a gymnasium, dance studios, and a rooftop recital hall. Many of the spaces are equipped with the latest technology used by professional artists, allowing students to gain experience using the same equipment they will eventually utilize outside of the classroom. At the recent ribbon cutting ceremony for the building, Mayor Michelle Wu stated, “This is the new baseline for the Boston Public Schools.” 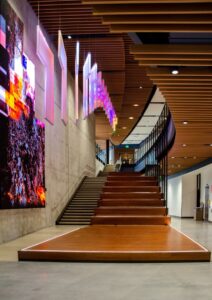 Lee Michael Kennedy was also honored by the BAA Foundation as the builder of the new facility and for his civic responsibility at its BAA Honors Event. Kennedy is significantly involved in supporting Boston’s youth and currently serves on the boards for the Boys & Girls Clubs of Dorchester, Claddagh Fund, College Bound Dorchester, and the Neighborhood House Charter School.

The project team for the Boston Arts Academy included PMA Consultants as the owner’s project manager, and Perkins Eastman and Wilson Butler as the architects.