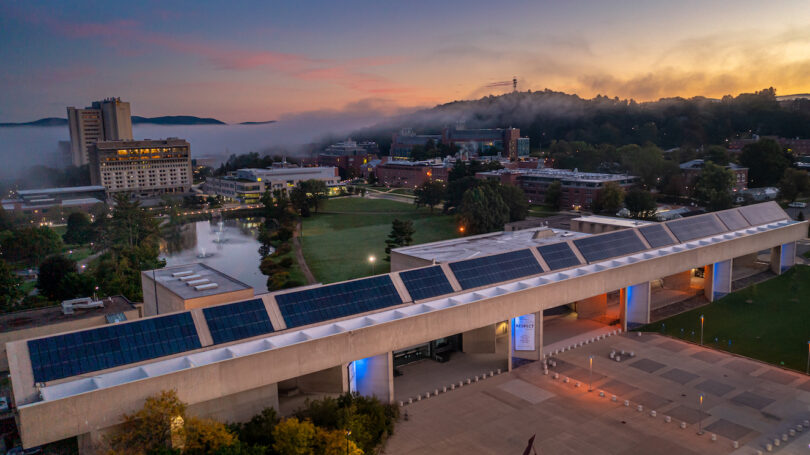 The installation of solar panels and a recent renovation of the Arts Bridge's interior spaces both speak to UMass Amherst’s commitment to adaptive reuse and carbon mitigation. / Photo by Chodos Photos

It is no secret that Brutalist architecture is having a bit of a comeback. The architectural style, known for its use of raw concrete and its popularity in the 1960s and 70s, has seen renewed public interest as of late in articles, publications and, most of all, Instagram. Once considered harsh and unfriendly by some, Brutalism has recently been recast as cool, hip, and avant-garde, garnering a new generation of fans and admirers. 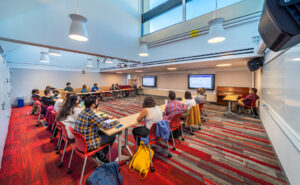 Given the plethora of architecturally significant Brutalist buildings at the University of Massachusetts Amherst, perhaps there is no campus in North America better positioned to take advantage of this renewed enthusiasm in all-things-Brutalism. Following a campus master plan crafted in the early 1960s by legendary landscape architect, Hideo Sasaki in the early 1960s, UMass Amherst embarked on an ambitious building program, producing Brutalist masterpieces by some of the most revered architects in the world. Marcel Breuer himself designed both the bold Lincoln Campus Center and its parking garage; Edward Durell Stone was behind UMass’ iconic W.E.B. Du Bois Library; and Pritzker Prize laureate Kevin Roche produced the Fine Arts Center (recently renamed the Bromery Center for the Arts). These impressive buildings, which continue to be an important part of our campus today, testify to the university’s long-held commitment to both world-class facilities and excellence in design. 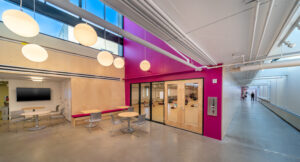 The entry lobby of the Arts Bridge uses bright pink color as a wayfinder, wood to soften the industrial feel of the space, and glass to give a view into the new theatrical rehearsal studio. / Photo by Chodos Photos

In 2019, UMass Amherst and UMass Dartmouth partnered together to form UMassBRUT, a unique campaign dedicated to educating the community about the Brutalist heritage of UMass and advocating for the preservation of its iconic structures. Despite the pandemic, a growing group of faculty, planners, students, and administrators at both universities managed to mount efforts on several fronts in order to advance its mission, including a website (umassbrut.org), a popular Instagram page (@umassbrut), and the publication of the University of Massachusetts Amherst Brutalist Campus Guide. In October of last year, UMass Amherst and UMass Dartmouth hosted a two-day symposium held on both campuses that brought together scholars, practitioners, architects and conservationists to discuss the past, present, and future of Brutalist buildings. With keynote speakers from the Getty Conservation Institute, the symposium was sold out, with over 100 attendees coming from around the world to enjoy paper sessions, panels, tours, and art events while respecting COVID safety measures. 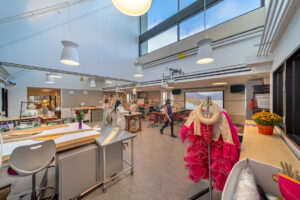 Aside from UMassBRUT’s outreach and messaging, perhaps no project better exemplifies UMass Amherst’s commitment to showcasing and renewing its Brutalist heritage than the recently completed renovations to the Arts Bridge of the Bromery Center for the Arts. Overseen by Boston firm, designLAB Architects, after their award-winning restoration of Paul Rudolph’s Claire T. Carney Library at UMass Dartmouth, the $12.57 million renovation has brought new life and color into the 646-foot-long bridge space. The renovated Arts Bridge officially opened this fall with classroom and studio space that not only invokes the spirit of Roche’s original design, but also provides an exemplary model of how Brutalist architecture can still play an important role in providing fresh and invigorating spaces for students, faculty and staff.

As the Arts Bridge renovation shows, this full-throttled embrace of our Brutalist built environment represents much more than nostalgia or an academic celebration of architectural history. These buildings play a vital role in the operation of the campus and will continue to do so into the near future. Given the embodied energy and materials in concrete buildings and landscapes, the investment in renovating rather than demolishing Brutalist structures speaks to the priority of carbon mitigation strategies at UMass Amherst. As Jean Carroon, principal at Goody Clancy in Boston, emphasized during her talk at the recent Brutalism & the Public University symposium, “adaptive reuse itself is climate action.” At a time when many campuses are eliminating 20th century structures, UMass Amherst has been investing heavily in retrofitting and renovating several midcentury campus facilities. Just last year, Shepley Bulfinch’s $64.2 million renovation of the 1956 Student Union was completed and warmly received by the campus community; it is also on track to become the 19th LEED certified building on campus. As we embark on new ambitious building projects, such as the $100 million Sustainable Engineering Laboratories for the College of Engineering and a planned $125 million College of Information and Computer Science building, we hope to continue the campus’s post-war building program commitment to cutting-edge design.

Although Brutalist architecture can be somewhat polarizing, we are excited that our buildings are once again being recognized for their bold designs and exceptional concrete construction. Through the efforts of UMassBRUT and the larger UMass Amherst community, we aspire to go beyond merely celebrating Brutalism. As we welcome the many attendees of the Society for College and University Planning 2022 North Atlantic Regional Conference this March, we hope to inspire other institutions to preserve, renovate, and celebrate their Brutalist buildings for future generations, whose appreciation of this architecture only continues to grow. 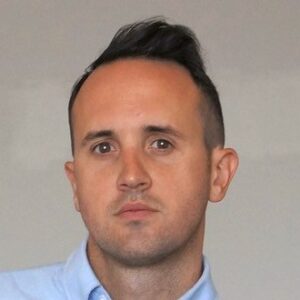 Lincoln Nemetz-Carlson, Ph.D. is a graduate researcher, Office of Campus Planning, at University of Massachusetts Amherst.