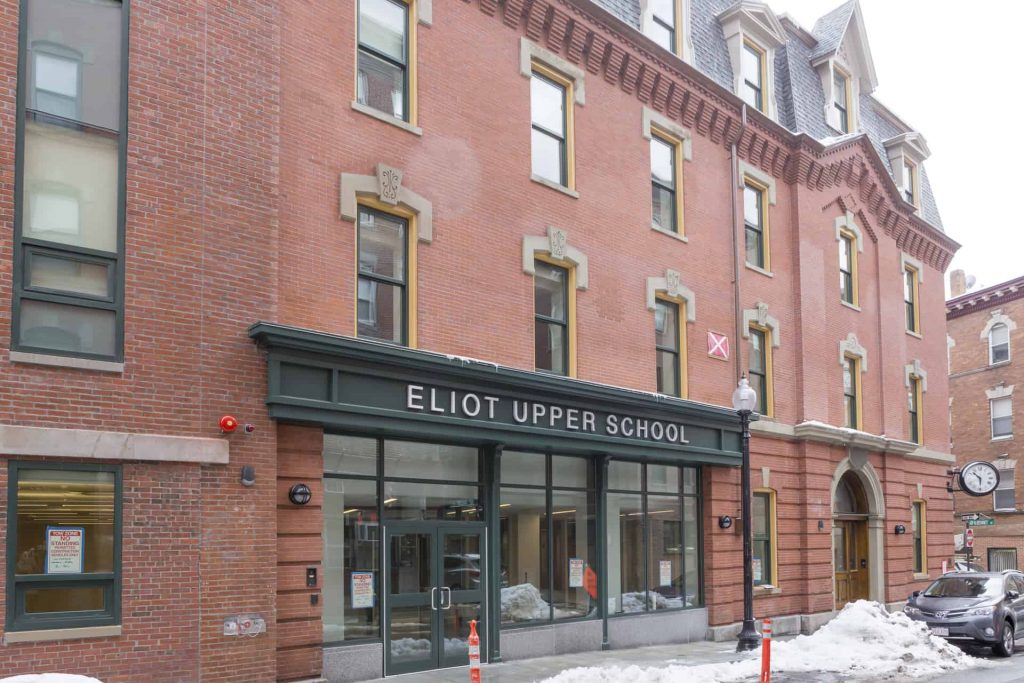 Boston – Colantonio Inc. has completed renovation of the Eliot Upper School in Boston. Finegold Alexander + Associates was the architect for the project.

During demolition, Colantonio had temporary interior bracing installed to support the existing exterior walls and the interior four-story support wall, which resulted in a spider-web-like pattern.

Starting with the first floor, they put down the decking and poured the concrete. Each completed deck supported a mini crane, which was used to bring the steel in through the façade and the bracing.