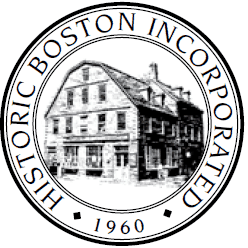 The grant is among the first secured by HBI to support the St. James project, which currently has a funding gap of about $3 million. HBI announced that it has engaged the eminent architectural firm Hacin + Associates of Boston for the project.

Last fall, HBI completed acquisition of church, which was built in 1910, and is continuing to work with the Highland Park neighborhood to determine specific new uses for the 50 Cedar St. property. HBI paid Bookline-based City Realty Group $1.4 million for the building and land.

HBI will undertake a full rehabilitation of the building and restore the grandeur of the two-story sanctuary space. The property includes an existing church building measuring 8,000sf and a parking lot of approximately 9,000sf.

HBI is working with the Highland Park Neighborhood Coalition to create a mixed-use plan for the site that creates housing in form of both new home ownership units and affordable rental housing, as well as work spaces with community access in the church’s sanctuary.

The property was permanently protected this year as a Boston Landmark, preventing its impending demolition.