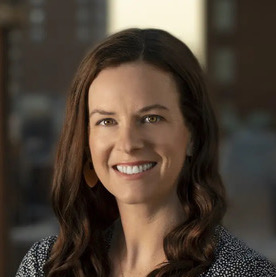 The national honor, which is the organization’s highest for young professionals, recognizes, “individuals who have demonstrated exceptional leadership and made significant contributions to the architecture profession early in their careers.”

Chapin, who is one of only about 20 honorees for the award this year, joined Svigals + Partners in 2010. She serves as a project leader as well as director of the firm’s Kids Build! initiative.

Representatives of the firm say Chapin is known for her professional skills, advocacy for the advancement of the architecture profession, and collaborative spirit within the office. Through the KidsBuild! program, Chapin has worked with nearly 300 K-12 students in Connecticut, leading activities related to the architecture, engineering and construction industry.

“Katelyn Chapin is a model architect and widely respected member of the community,” says Julia McFadden, AIA, associate principal. “Most of all, she’s a talented and accomplished architect and an
earnest advocate for emerging professionals and students in schools we have designed. We are thrilled to know that she’s been named to this well-deserved honor.”

Among Chapin’s accomplishments with Svigals + Partners, her involvement with the design leadership team for the new Sandy Hook School in Newtown, Connecticut stands out. In her role, Chapin led engagement and enrichment activities for both the elementary school students and community members, in addition to essential contributions related to programming, design, and construction administration.

Chapin also recently served as project architect and workshop facilitator for the firm’s work with the University of New Haven on the recently opened Bergami Center for Science, Technology, and Innovation. From programming through construction, this work culminated in a new campus anchor with diverse, flexible spaces, including a maker-space, the new esports lab, a virtual reality lab, a broadcast studio with control and editing rooms, and an auditorium with cinema, lecture, and 3D projection capabilities.

“Katelyn’s project management expertise and exceptional attention to detail were essential to the outstanding success of the Bergami Center,” says Jay Brotman, AIA, managing partner. “Her personable and professional leadership and team spirit brought everyone together throughout the project, resulting in a fully coordinated effort and exceptional outcome.”

Chapin’s involvements also involve contributing to and authoring several published works, including the 86-page toolkit, “How to Facilitate the Emerging Professional-Friendly Firm Program,” created for the Young Architects Forum. As well, she coauthored a chapter on esports facility design for the text book Esports Business Management published last year.

Chapin has presented at numerous events and conferences, including the four-hour workshop “Mini MBA: Mastering the Business of Practice for Emerging Professionals” at the 2019 National AIA Conference on Architecture. In 2018, Chapin and her team presented at the Society of College and University Planning (SCUP) regional and national conferences on their work at the University of New Haven in a workshop titled “Creating Cross-Disciplinary Learning Spaces in Dated Academic Buildings.”

“My goal has always been to work to advance the architecture profession, a privilege that I’ve enjoyed immensely at Svigals + Partners and with groups including the American Institute of Architects in Connecticut, New England and nationally,” says Chapin. “It is gratifying and an honor to be recognized for these contributions on the national level, especially from an organization that has supported my work and that of many other young professionals.”

Among other honors, Chapin has been named to Building Design + Construction’s 2020 40 Under 40 class, a national recognition program for the country’s top emerging professionals in the architecture, engineering, and construction.