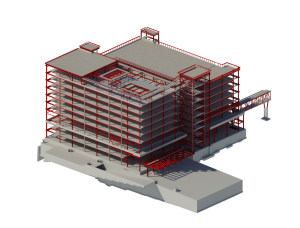 Built in the early 1990s, the McGivney Cancer Center is a one-story 31,500sf facility in New Haven, Connecticut. With space at a premium, a series of trailers were added to the roof to create a partial additional second story, but this was not enough. After being acquired by Yale New Haven Hospital in 2012, a more extensive expansion was planned.

The hospital and design architect, Shepley Bulfinch, settled on an ambitious expansion plan: a vertical addition of five new floors over the existing structure, a connected seven-story addition on the south side of the existing building, and a connected nine-story horizontal addition on the west. The new 505,000sf facility includes a pair of new bed towers hosting over 200 new inpatient beds and spaces for research and treatment of neurological disorders. Souza, True and Partners considered a number of key design elements for the new facility:

Jet Grouting: The new west expansion includes a two-story underground parking garage below the new patient tower, with the lowest parking level 10.5 feet below the adjacent existing basement space. The construction manager, Turner Construction Company, was concerned that conventional driven sheet piling systems would cause excessive vibrations and negatively impact hospital procedures. Jet grouting – the application of oblique overlapping grouted piers below the existing foundations – will instead be utilized as support of the new excavation and as a means to transfer loads from the existing structure to a bearing level below the new footings, maximizing the new parking garage size.

Column Transfers: The 25 foot bay spacing of the existing construction did not allow for an efficient use of space in the new patient floors. The new column grid is shifted above the new level 4 to provide a 30 foot bay spacing more suitable to the new patient room layouts. Framing at that level utilizes a series of W36 transfer beams composed of A913 steel (65 ksi yield stress); the higher grade steel minimizes beam size and cost while providing a more architecturally agreeable column layout.

Terrace Area: An exterior terraced area at Level 4 between the new bed towers provides a therapeutic green space for patients and visitors. Straddling the expansion joint between the existing McGivney structure and the new horizontal addition, the area could not handle the original design, which was equivalent in weight to four typical floors. The area was redesigned with lighter materials and strategically-placed landscaping features to maintain the essence of the area without overloading existing structure.

Vibration Control: Patient rooms at the upper floors were designed with increased stiffness to mitigate the vibrational effects of footsteps in corridors or within the patient rooms. Surgical spaces at lower floors have been designed for even stiffer vibration criteria, and designated bays will be designed to accommodate proper performance of extra-sensitive equipment, such as MRI rooms and CT scanners, without interference from passing pedestrians.

This facility will provide increased patient care and research facilities at a critical health care facility and serve as a cornerstone of the Yale-New Haven Hospital Saint Raphael Campus. Souza, True and Partners is proud to be a member of the design team on this project. Construction is scheduled to being in late 2020. 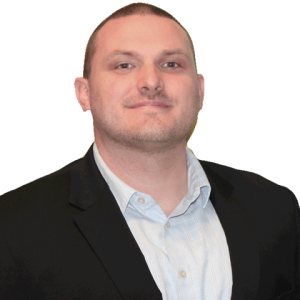 Martin Finn, PE is an associate at Souza, True and Partners in Waltham, Mass.