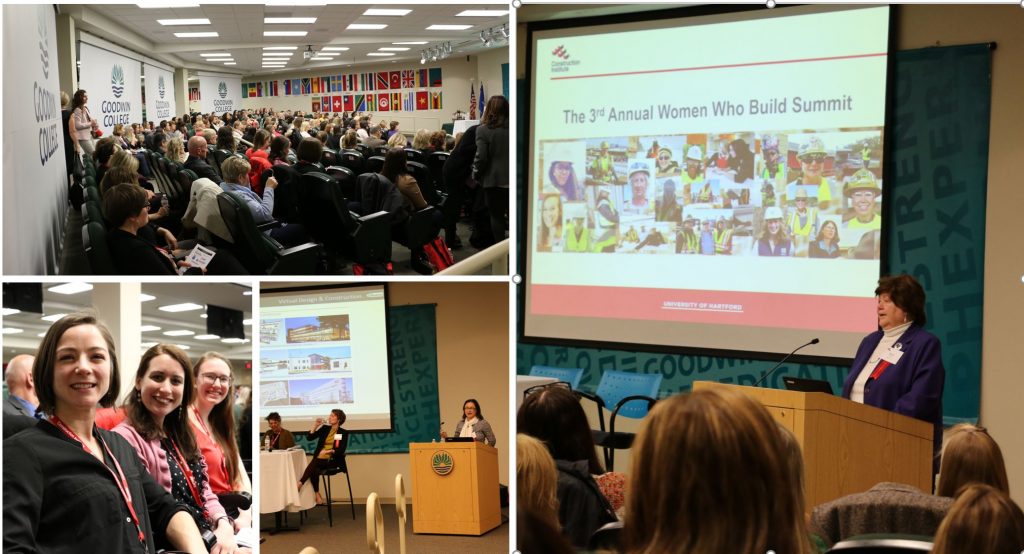 On February 22, more than 200 women and men gathered for the Construction Institute’s 3 Annual Women Who Build Summit for a day of inspiration, education, and networking. The full day of programming included panels of women business owners and women innovators in the industry, training in compensation negotiation and the inspirational stories of a group of women who are using their professional skills to give back to their communities and the world. From the opening keynote by Melody Currey, Commissioner of the Connecticut Department of Administrative Services, to the post event reception, the day was filled with energy. Our afternoon sessions were joined by a group of high school students who came to learn about the industry. We were pleased to have the Bolder Company get us on our feet at multiple points with their networking training using an improv approach. 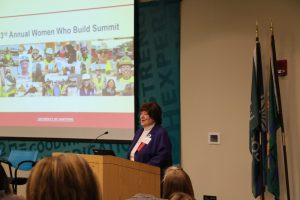 Melody Currey, Commissioner of the Connecticut Department of Administrative Services

The women and men present did not come from one segment of our industry; they represented the diversity of professions that it takes to design, construct, and maintain a high-rise, a school, a bridge, or a road. They represented every generation in the industry. In this industry, it is not unusual for a female engineer, architect, project manager, or even a construction lawyer to be the only woman in a room of male colleagues. It’s even more common for a woman who is an electrician, plumber, or welder to be the only woman on a job. The opportunity to be present in a room predominated by women in the profession is unique. But what value does that opportunity deliver? 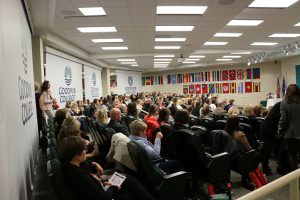 Just a few short days before the conference, Harvard Business Review posted an article by Shawn Achor, author of The Happiness Advantage, about the value of women’s conferences for professional development. Achor teamed with Michelle Gielan, best-selling author of Broadcasting Happiness, at an event called the Conference for Women to determine if they could test the long-term effects by looking at a group that had attended the Conference for Women compared to another group that had signed up for, but had not yet attended the event. Their initial study included 2,600 working women across functions and industries. Among their conclusions were that the women who attended were more than twice as likely to have received a promotion and three times as likely to have gotten a pay bump of at least 10% than those who signed up but did not attend. They also felt more optimistic about their careers.*

It’s interesting to consider why. In the words of Laurie Dalton White, founder of the Conferences for Women, “Something special happens when you see that you are not alone. Making connections and building relationships with other attendees and speakers helps women form an understanding of their worth, and then they learn strategies to ask for promotions, seek fair pay, and even become mentors to others.”

The power is in connecting; it’s not only about gender. Both senior and young men attended the 3 Annual Women Who Build Summit. Steve Haines of BVH Integrated Services, who attended last year, brought his daughter with him this year. In addition to providing invaluable backup on the program’s AV system, Leo Pupim of VisionPoint LLC provided some valuable commentary: “The energy of everyone who attended made sure that I will be returning next year to the Women Who Build Summit hosted by the Construction Institute. It’s exciting to see so many women at all different stages and leadership levels in their career, meeting to share experience and knowledge to help others in the AEC Industry.”

Nancy Greenwald, Executive Director, The Construction Institute at the University of Hartford.

*You can read the full article, Do Women’s Networking Events Move the Needle on Equality?, at