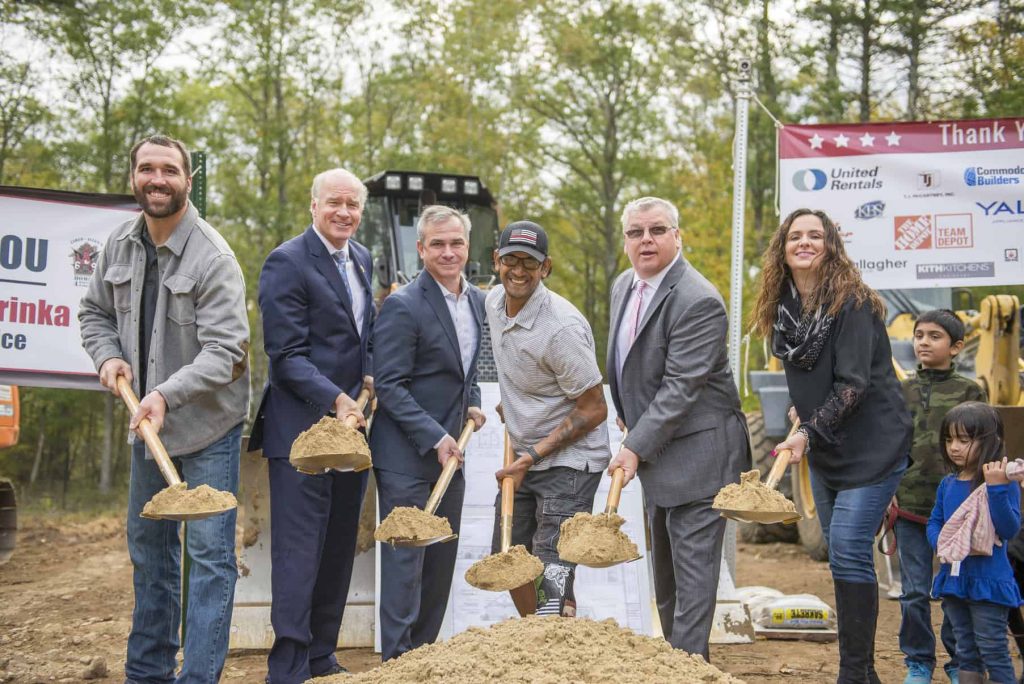 Hanson, MA – The New England Regional Council of Carpenters has announced its partnership with Jared Allen’s Homes for Wounded Warriors, Commodore Builders, and other sponsors in the construction of a new home for United States Army Corporal Paul Skarinka, his wife, and two children in Hanson.

A ceremonial groundbreaking for the project was held recently at the site.

Corporal Skarinka currently works as an EMT/paramedic with the Plympton Fire Department and Brewster Ambulance Service.

“Union carpenters are honored to be a part of this project, assisting a family and an individual who has given so much for our country,” said Tom Flynn, executive secretary-treasurer of the New England Regional Council of Carpenters. “We like to put our skills and our tools to good work, and we know from our union’s experience across the country with Jared Allen’s Home for Wounded Warriors how effective his team is at coordinating these construction projects.”