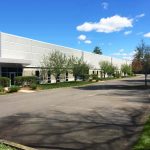 Hudson, MA – Calare Properties (Calare), a private, Massachusetts-based investment firm with a focus on industrial real estate, announced today that it has acquired 480 Paramount Drive in Raynham, MA, a Class A, 40,000 square-foot (sf) industrial/flex building. Currently, the asset is 100% vacant and is seeing high demand from a multitude of prospective tenants.

Constructed in 2004, 480 Paramount Drive was previously leased to a national tenant for an eight year term, but never occupied, preserving the building’s pristine condition. Situated on 7.5 acres of land, the facility provides a highly-efficient working environment and is equipped with 20’ clear ceiling heights, eight tailboard doors, and 111 surface-level parking spaces. With ample loading docks and a blank slate for tenant enhancements, 480 Paramount Drive offers a premier opportunity for users in search of flex, R&D, or industrial space at a first-class facility.

“The acquisition of 480 Paramount Drive represented a rare opportunity to acquire a very functional flex/industrial building at a basis significantly below replacement cost in a highly sought-after industrial market,” said Andrew Iglowski, Director of Acquisitions at Calare. “The leasing velocity is very strong due to the quality of the asset and the lack of available flex supply serving the I-495 South corridor. We are confident that we will be able to lease up the entire building in the near-term.”

Calare expects 480 Paramount Drive to be fully occupied in the first half of 2016.