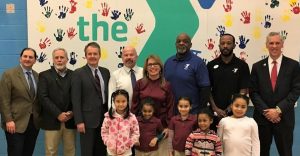 Bridgeport, CT – The city of Bridgeport reports that it is on track to save hundreds of thousands of dollars in annual energy costs by updating municipal, residential and commercial properties to be more efficient and sustainable.

Since 2018, city officials have partnered with United Illuminating (UI), Southern Connecticut Gas (SCG), and the Bridgeport Regional Business Council (BRBC) to encourage a sustainable future for businesses and municipal buildings.

Energy upgrades were made to eight fire stations, the Klein Memorial Auditorium and City Hall, saving the city roughly $72,000 in annual energy costs. Through the combined effort of UI, SCG and BRBC, continued savings enable the city to take on additional energy-efficient projects slated for 2020 and 2021, including initiatives with the Board of Education, Water Pollution Control Authority and South End Community Center.

According to East End Neighborhood Revitalization Zone president, Keith Williams,  improved lighting, heating, and air conditioning are much needed for both the health and safety of the children and residents who use the Ralphola Taylor Community Center (RTCC) YMCA. Energy efficiency projects scheduled include indoor and outdoor LED lighting, an energy controls management system, a new high-efficiency boiler for heating and two new rooftop air conditioning systems.

Part of Bridgeport’s comprehensive three-year plan to modernize its energy infrastructure will include working closely with the BRBC and UI/SCG, subsidiaries of AVANGRID, Inc., and leveraging energy efficiency incentives and zero percent loan programs available through the Energize CT initiative.