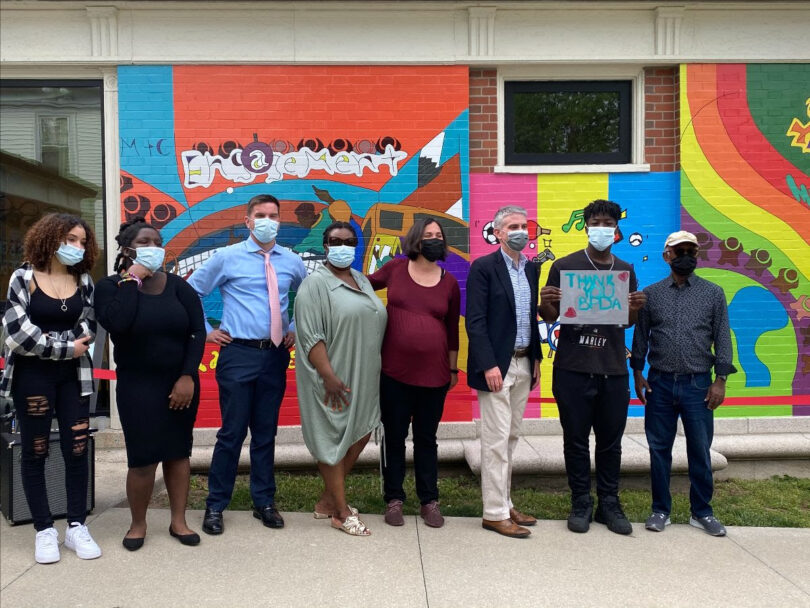 Members of the Mattapan Teen Center give BPDA staff a thank you card at the unveiling of the center's new mural.

Boston –  The Boston Planning & Development Agency (BPDA) and Boys and Girls Clubs of Boston unveiled a mural created by local youth at the Mattapan Teen Center on May 14. The mural was funded through an $8,000 grant from the BPDA, part of a $75,000 investment in public art in Mattapan.

Ten teenage artists have been working on the mural since January. The artwork depicts the characteristics that the teens feel describe the center: engagement, community, activism, opportunity, safety, and fun.

“Throughout the PLAN: Mattapan process, our planners have heard over and over again that Mattapan deserves more public art,” said BPDA director, Brian Golden. “I congratulate Jeremy Harrison and look forward to seeing the Carter Post mural completed in the coming months.”

Launched in 2018, PLAN: Mattapan’s goal is to work with the community to create a comprehensive vision to shape inclusive growth and investment throughout the neighborhood.