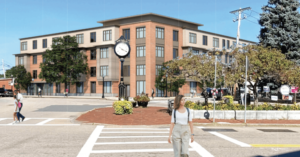 The new projects will create 295 residential units, more than 43% of which will be designated income-restricted. The approved new development projects represent approximately 1.2 million sq. ft. and will support over 700 construction jobs and more than 3,000 new permanent jobs.

The project at 25-33 Hamilton Street, developed by the Vietnamese American Initiative for Development (VietAID), will build 36 one-bedroom income-restricted units for seniors. Nine of the units will be affordable to households earning at or below 30% area median income (AMI), supporting individuals transitioning from homelessness.

The 24 Ericsson Street project in Dorchester’s Port Norfolk neighborhood will build four buildings to create a new mixed-use development comprising office, retail, residential space, and a boathouse. Because this area is vulnerable to sea level rise, the project will contribute $100,000 to support the implementation of coastal resilience solutions in Port Norfolk as identified in Climate Ready Dorchester, and will provide the preliminary design for a raised Ericsson Street. 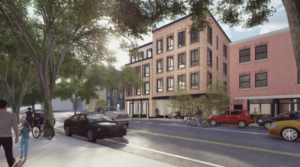 The project at 3409 Washington Street in Jamaica Plain will build a new 4-story apartment building with 29 rental units, six of which will be income-restricted. The project will also enhance the public realm by improving sidewalk conditions.

The transit-oriented development at 34 Oak Street in Hyde Park will build a new apartment building with 20 rental units, four of which will be income-restricted. On the project site, the public realm will be enhanced through widened sidewalks, new ADA-compliant curb ramps, bike racks, and new trees. 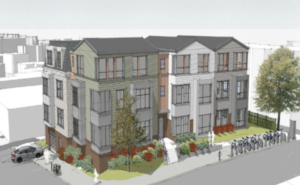 A new 6-story building at 44 Ellery Street will bring 18 homeownership residential units, including three income-restricted units, to the Andrew Square area of South Boston. The project is consistent with the BPDA’s PLAN: South Boston Dorchester Avenue, which focuses on the revitalization of largely low-density industrial uses, by promoting an urban, mixed-use neighborhood.

The project at 761-793 Boylston Street will add nine new units of housing and 26,634sf of office space, all while preserving the building’s historic facades. All existing facades will remain in place while a 5-story, mixed use, building is constructed from the interior. The existing restaurants will be preserved.

Replacing a vacant 3-story building nestled between Brookline Avenue, Overland Street and Burlington Avenue in the Fenway Neighborhood, the 109 Brookline Avenue project will construct a 250,000sf building that will include office, lab, research and development, and retail uses. The project will also create and fund a STEM Jobs Training Program housed on-site, and space for the Fenway Community Center Office.