The 2164 Washington Street project moves forward to revitalize BPDA-owned Blair Lot into economic and cultural hub in Roxbury. It will include 135,000sf of space for lab and office uses, 50,000sf of culinary and marketplace space, a 19,000sf cultural hall, 9,000sf of artist and maker space, and 15 units of housing, 10 of which are affordable. The project dedicates 25% of the parcel to dynamic community gathering spaces and pedestrian improvements. 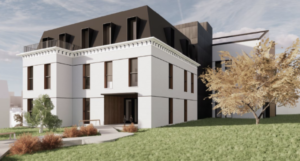 The 323-365 Dorchester Avenue project will transform an underutilized industrial site in South Boston into four new mixed-use buildings that will include space for office, life science, residential, and retail/restaurant uses. The project will create 310 residences, 17% of which are income-restricted. The project includes two distinct residential buildings and two distinct commercial buildings. A new network of resilient streets, sidewalks, and infrastructure, along with two public plazas, will be included as part of the project.

The development at 22 High Street will bring homeownership units to the Dorchester neighborhood, with 15 new units, two of which will be income-restricted. This will be a transit oriented development, with the MBTA and bus lines in close proximity. 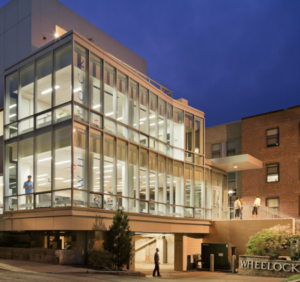 Located in Hyde Park, the new 4-story building at 1318 River Street will replace what was once an auto repair garage to bring 30 units of housing, as well as retail space, to the area. Four of those units will be income-restricted. The project will also improve the intersection at River Street and Business Street to make it safer for vehicles and pedestrians.

The BPDA board approved Boston University’s ten year Institutional Master Plan (IMP) for the Fenway Campus, which is made up of former Wheelock College buildings, and does not include any new development projects. This IMP aims to preserve Wheelock College’s educational legacy and use of its historic buildings and provides an update on recent campus development and operations, existing property and uses, future campus projections, and community benefits.

This year, the BPDA board approved 14.6 million sq. ft. of new development worth $7 billion. This includes 6,643 residential units, of which 2,343, or 35%, are income restricted. Development projects approved this year are estimated to generate 13,474 construction jobs and 11,755 permanent jobs.