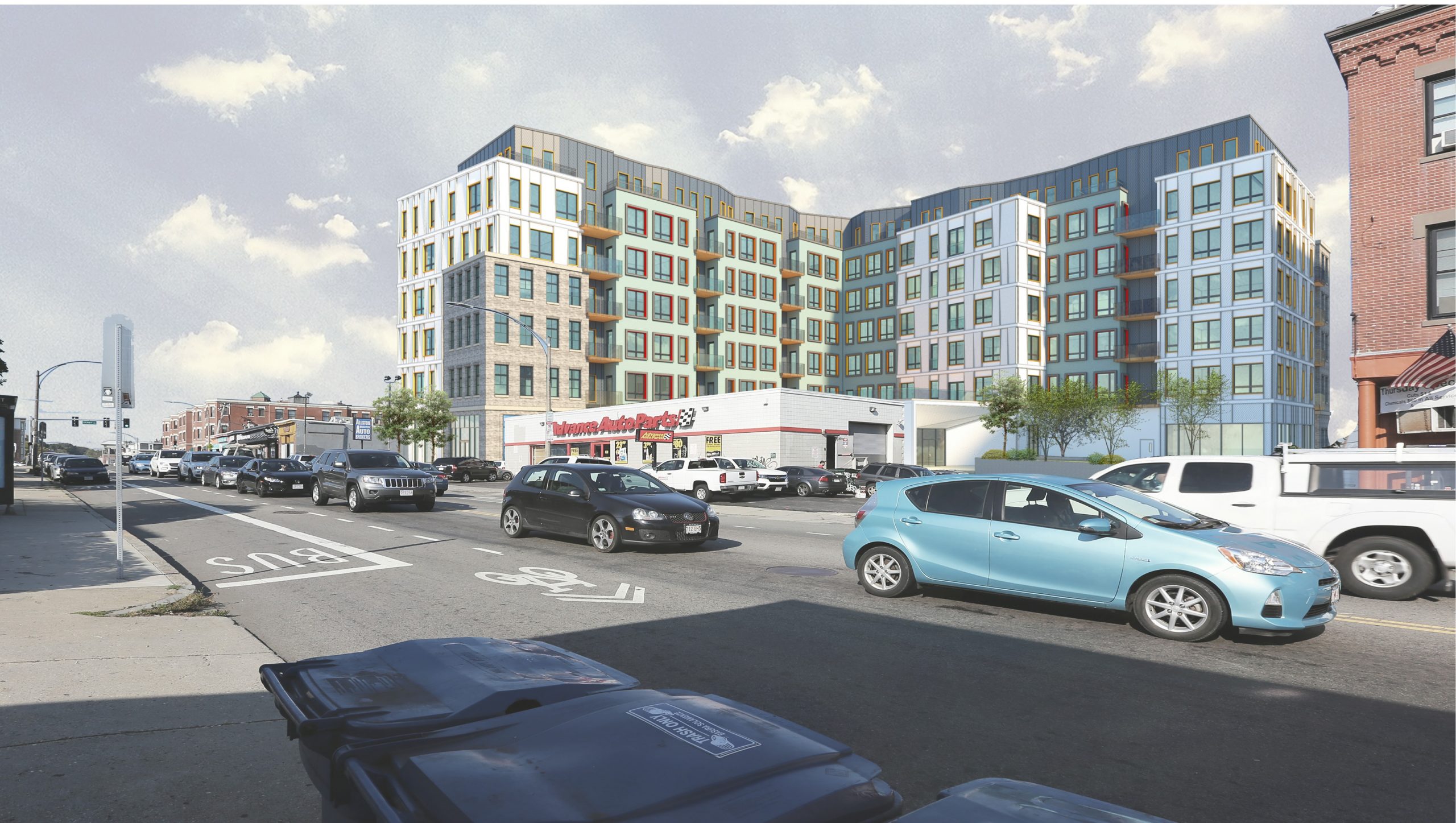 415 Cambridge St., one of six buildings that will make up Allston Square 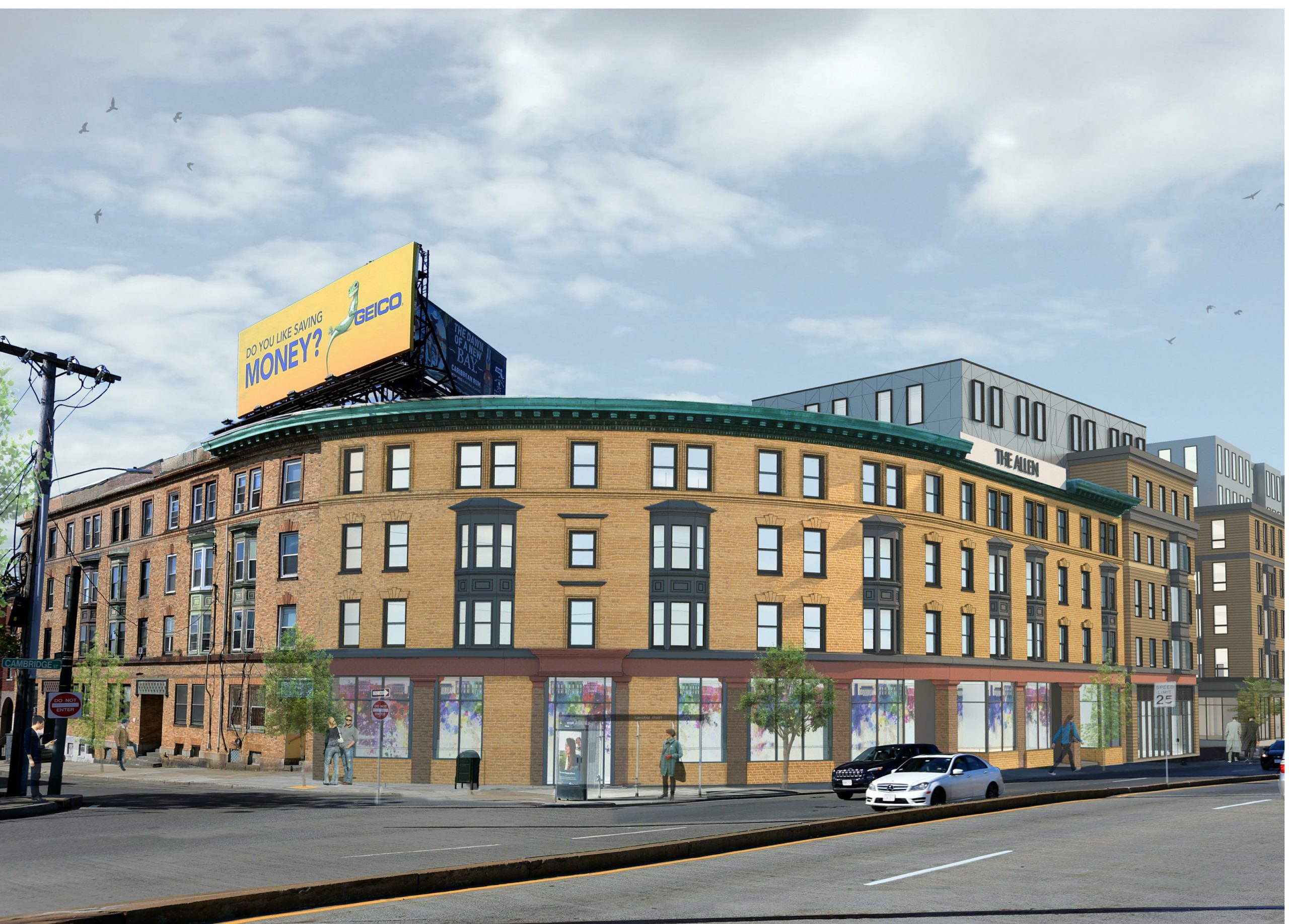 The proposed Allston Square development consists of six buildings situated around the prominent intersection of Cambridge Street and Harvard Avenue.  The project will redefine an abandoned industrial corridor while providing new housing stock and an invigorating commercial environment.

With over 70% of the residential units being condominiums, this project provides one of the largest concentrations of new homeownership units the neighborhood has seen in decades. 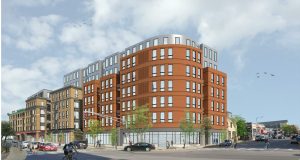 The design plan will incorporate the preservation of two classic buildings: Allston Hall at 4 Franklin St. and the Allen Building at 334 Cambridge St.

Allston Hall will return to its role as a community gathering space, with ground-floor retail topped by loft apartments.  The Allen Building will be revitalized, converting from a patchwork warehouse back into new homes while continuing the iconic yellow brick rowhouse style in a brand new addition.

Allston Square will create 347 units of housing, including 244 condominium units and 103 rental apartments.  The units will be a mixture of studios, one-bedrooms, two-bedrooms, and three-bedrooms along with several live/work units along the ground floor.