Boston – The Boston Planning & Development Agency (BPDA) board of directors approved development projects in neighborhoods across the city of Boston, which will result in new market-rate and income-restricted residential units, economic development, and jobs.

566 Columbus Avenue will bring 66 home-ownership units including 11 income-restricted artist live/work units to the South End. It will create 180 construction jobs, and include the relocation of the Harriet Tubman House and its programming to an expanded facility at Rutland Street. Fifty percent of the commercial space will be dedicated to non-profit use at affordable rents. The project will also contribute a community benefits package of $250,000 which includes funding for neighborhood organizations in the South End and Lower Roxbury. 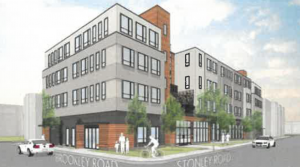 10 Stonley Road, formerly known as 35 Brookley Road, will repurpose a current industrial site to construct an energy-efficient four-story building in Jamaica Plain. The building will contain a total of 45 rental units, including 10 income-restricted units, five of which are artist live/work spaces. It will create 40 jobs and privately financed income-restricted housing with over 22% of the units offered to lower income residents at a range of income levels. The project is consistent with the community goals outlined in PLAN: JP/Rox, approved by the board in 2017. 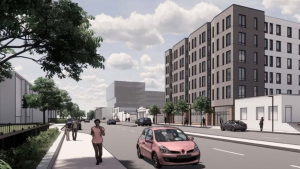 1595-1599 Columbus Avenue will construct a six-story building containing approximately 65 income-restricted rental units, including four Community Based Housing units with enhanced accessibility and universal design features. There will also be 4,000sf of non-residential space on the ground-floor which is envisioned as a work-space for artists, office space or other activated uses. The project aligns with the community goals outlined in PLAN: JP/Rox, including housing and non-residential space along Columbus Avenue, and will create 250 construction jobs and 12 full-time jobs. 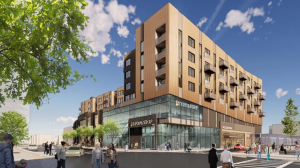 Allston Yards will transform an underutilized shopping plaza into a vibrant, mixed-use, transit-oriented neighborhood. The project will consist of four buildings and will include up to 868 residential rental and home-ownership units, including 148 on-site income-restricted units. It will create 2,000 permanent jobs and will deliver an increased contribution of $4 million to the Allston Brighton Homeowner Fund to support ownership housing availability, affordability, and stability. 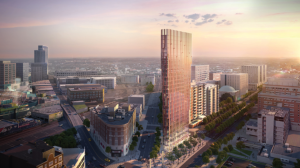 The newly-approved Kenmore Hotel will demolish the existing commercial building at 560-574 Commonwealth Avenue to construct a 29-story hotel with up to 391 guest rooms. The project will reconfigure public roadways on the site to improve safety and the experience of traveling to Kenmore Square for people walking, biking or driving. It will include the creation of a new, half-acre public plaza with active programming and a $1.29 million linkage contribution to support affordable housing. Additionally, it will create 190 hotel jobs and 500 construction jobs.

The board approved the authorization to advertise and issue a Request for Proposals (RFP) for consultant services for PLAN: Newmarket, the 21st Century Economy Initiative. As identified in Imagine Boston 2030, the Newmarket area offers opportunities for the preservation of critical industrial uses alongside transit-oriented growth that increases job density and strengthens connections to Downtown Boston.

In addition to planning studies and development projects, the board also approved the disbursement of $100,000 from the Harvard Allston Partnership Fund to 19 nonprofit community organizations in Allston-Brighton. The fund was originally established to address the development impact of Harvard’s Allston Science Complex located on Western Avenue in Allston.

The board also authorized the disbursement of $150,000 funding from the community benefits package associated with the approval of the Summer Street Hotel in 2017. The funding will be awarded to 15 nonprofit organizations that serve Boston residents.