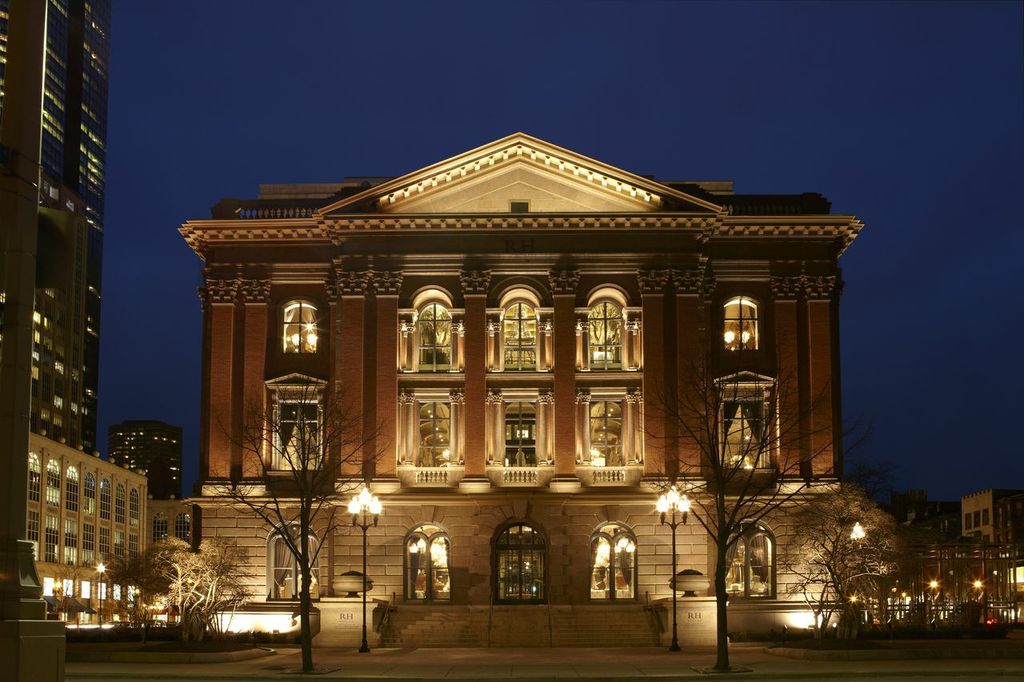 The 234 Berkeley Street store holds one of the company’s largest full-line design galleries, including its extensive outdoor and garden collection. To showcase the coveted collections, Copley Wolff Design Group prepared preliminary site designs to study the overall character and specifics of the project, such as grading, walkways, steps, and site walls. The final design of the store’s exterior includes visitor friendly features such as two new drops offs, several handicap ramps, and a variety of seating areas which will include pieces from Restoration Hardware’s outdoor and garden collections.

Copley Wolff Design Group complemented the historic aesthetic of the building with planters, pathways, and a formal white garden.

“Our goal for this project was twofold: We wanted to recreate an exterior layout that matched the beautiful and historic character of the building and to artistically highlight Restoration Hardware’s outdoor collections,” commented Lynn Wolff, Principal of Copley Wolff Design Group. “It was a privilege to work on such a prominent and historic Back Bay building.”

The Preservation Achievement Awards are bestowed annually to honor outstanding achievements in historic preservation and compatible new construction in Boston. The renovation of 234 Berkeley Street is particularly notable, as it has returned the building to its former splendor and restored unique architectural elements that had since deteriorated. With this award, The Boston Preservation Alliance celebrates the positive impact the building has had on Boston’s Bay Back and exemplifies 234 Berkeley as a model for future preservation work.

“It’s a pleasure to recognize the preservation of one of the most fabulous and most prominent buildings in the Back Bay,” said Greg Galer, Executive Director of the Boston Preservation Alliance. “For years the preservation community feared the long-term outcome here, and now we have a restored masterpiece of which we can all be proud.”

Originally designed in by William Wibbons Preston, the building was one of the first to be constructed in the newly completed Back Bay. The museum’s original architectural features included Corinthian pilasters, decorative railings, and cornices. However, the building eventually shifted use from Museum of Natural History to Bonwit Teller store, and ultimately fell into disrepair during the 1990s.