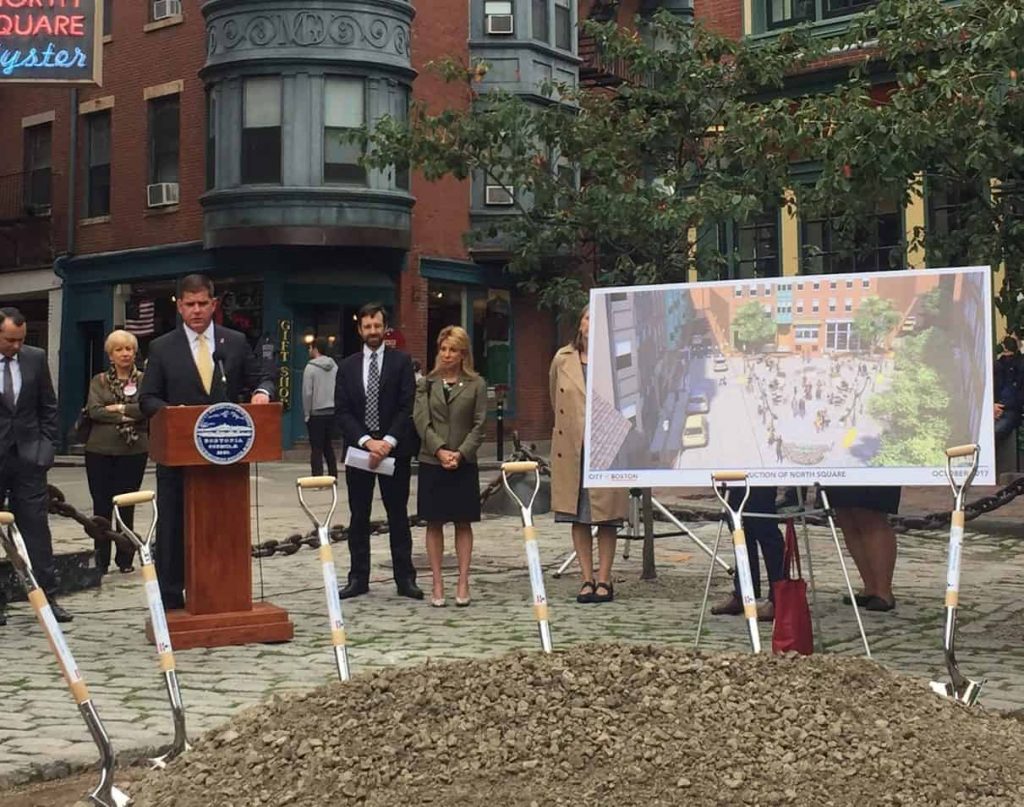 Boston, MA – Mayor Martin J. Walsh, the Boston Public Works Department, the Boston Arts Commission, neighbors, and other stakeholders gathered for a ground-breaking ceremony in the North End of Boston. The ceremony was the kickoff for construction of site improvements at North Square, one of the oldest, continuously occupied neighborhoods in the city.

The city of Boston retained BETA Group, Inc. to prepare design concepts to construction documents for the North Square reconstruction project. Treatments at the square will include new ornamental lighting, brick and granite paving, planters, and other amenities. This reconstruction project will also include circulation modifications, pavement rehabilitation, new granite curbing, widened sidewalks, street trees, and granite crosswalks. The project is estimated to be completed in late 2018.

A popular tourist destination, North Square is home to the Paul Revere House National Historic Landmark, numerous other historic buildings, and The Freedom Trail. Upon completion of the proposed improvements, the square will boast improvements to pedestrian safety and accessibility, an enhanced public space, and revitalized cultural value.