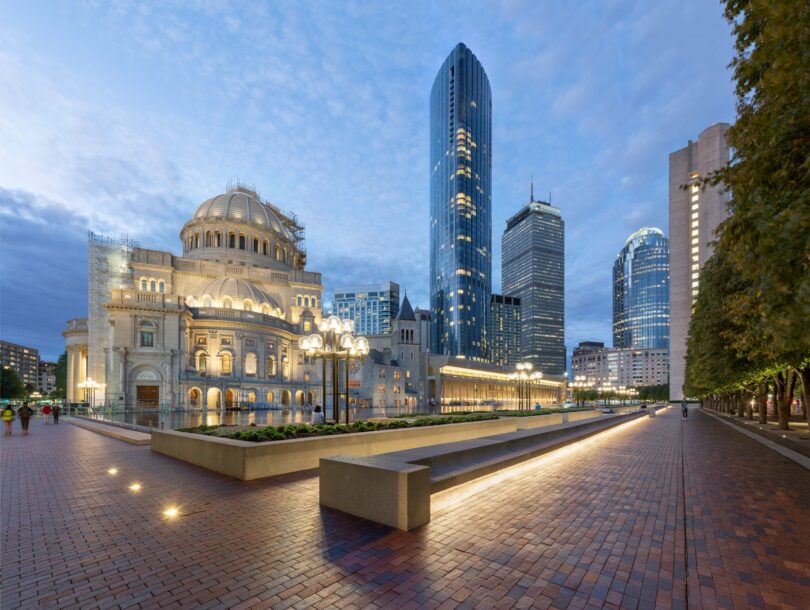 Boston – Arcadis IBI Group announced the completion of a multi-year restoration and repair project for the Christian Science Plaza.

The Reflecting Pool, a defining feature of the plaza, reopened to the public after vast infrastructure improvements and design enhancements designed to make the plaza more accessible and welcoming year-round. Arcadis IBI Group led a multi-disciplinary consulting team for the overall revitalization of the plaza. 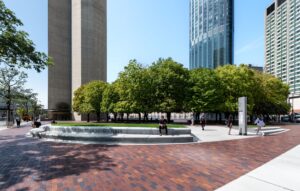 The Christian Science Plaza is the largest privately-owned publicly accessible open space in Boston. This 13.5-acre open space is associated with a mid-century update to The Mother Church and world headquarters of The First Church of Christ, Scientist (TFCCS). The Plaza Restoration and Repair Project, the first major overhaul in 45 years, focused on the evolution of this urban site for future generations, with an emphasis on repairing and restoring its character-defining landscape features, enhancing the public open space, and improving environmental sustainability.

The reflecting pool’s state of disrepair contributed to an unsustainable loss of potable water each year caused by leakage into the garage below. To reduce water consumption, the pool was completely dismantled to replace the waterproofing of the garage deck roof below and rebuild the basin of the water feature to prevent future leaking. The new concept provides year-round beauty while also establishing extensive water conservation and management measures throughout the site.

The pool’s original concrete bottom was replaced with more than 13,000 granite pavers in two sheens of reflective finish, laid to form concentric circles like ripples that seemingly “disappear” when water is in the pool yet provide a honed table-top look of dark granite that extends the reflective quality of the pool into the winter. The reconstructed pool was made shallower, decreasing its depth from 27 to 8 inches and reducing by two-thirds the amount of water required annually.

Additional sustainability improvements throughout the plaza include stormwater management measures to capture 14 million gallons of rainwater and decrease municipal water consumption. The replacement of pavement and hardscape materials with green space and pervious surfaces will reduce heat retention and cut stormwater runoff by half. The annual water consumption for the reflecting pool has been reduced by roughly 70%.

Additional key elements of the project were to make the plaza entrances more welcoming and to increase the footprint of green space. The defining geometry of the site was preserved, while perceived barriers at the edges were removed to establish more clearly defined and accessible gateways. To contribute to a more open feel and provide safer pedestrian access, the design included the creation of a new access point from the Back Bay/Prudential Center and an enhanced gateway on Westland Ave. Pedestrian circulation and accessibility have been improved through grading and drainage, paving, and lighting renovations.

A new lighting master plan maximizes the existing lighting elements with energy efficient LED lighting to illuminate the plaza. The addition of a tilted lawn edged by new seatwalls, a sunken garden, and custom wood and granite furniture designed to integrate into the historic elements have expanded seating opportunities throughout the plaza.

Arcadis IBI Group consulted with specialists to bring sensitivity to the historical preservation of the Christian Science Plaza, which was designated a landmark by the Boston Landmarks Commission in 2011. The design restores existing hardscape, seating, lighting, and reflecting pool elements while introducing a new complementary palette of materials and site furnishings that blend with historical features and elevate The Mother Church as the focal point of the plaza.