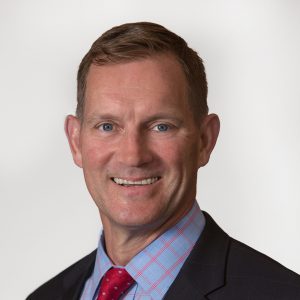 According to a press release issued by the company, Beal was a dedicated father and husband, and was also an exceptional leader to the A.W. Perry team and in the Greater Boston real estate and business community.

After a 20-year career coaching college sports, Beal joined A.W. Perry in 2004. He immersed himself in and contributed to the success of all aspects of the company’s business including real estate investment, residential and commercial development and property management.

In 2011, he founded and became president of Perry Brokerage/Perry CRE, a full-service commercial brokerage operation providing leasing, sales and acquisition services in the Greater Boston area. Recognizing his achievements, in March 2017, the board elected him president and CEO. A great-great grandson of the firm’s founder, he was the fifth generation of Perry family stewardship of the company. He followed in the path of eight distinct Perry family leaders including his father, S. Maxwell Beal, Jr.

Since assuming the CEO position, he has been an inspirational mentor to a growing and enthusiastic A.W. Perry team focused on his vision of growing the company and practicing excellence in serving its tenants and clients.

A funeral service was held on Sept. 28 at the Hingham Congregational Church and, due to COVID restrictions, was limited to family and close friends.