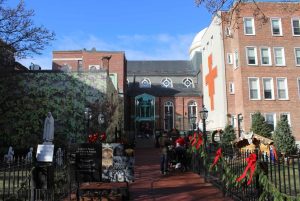 St. Leonard’s Church, in the heart of Boston’s North End

Boston’s architecture is a robust blend of old and new styles, from the majestic symmetry of South Station to the crystalline exterior of Millennium Tower. As part of the city’s development resurgence, more companies are establishing a corporate presence in neighborhoods like the Seaport District, remaking the regional skyline.

At the same time, many in Boston remain steadfast in their efforts to protect and celebrate beautiful structures. While employers update huge parcels within the city limits, and new, cutting-edge residential and retail developments pop up, it is critical these contemporary structures be offset by a movement to preserve the city’s rich history, including its many religious symbols. 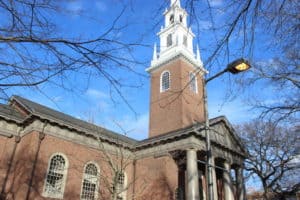 Harvard memorial church, located in the center of Harvard Yard

Maintenance of a historic structure should include the preservation of significant interior and exterior spaces. In the case of churches, these buildings often feature intricate character details such as stained glass, carvings, murals, altars and choir lofts.

It has been a privilege to work on so many notable Boston area landmarks, particularly as working in historic churches demands a high level of expertise to ensure the preservation or restoration of the structure and the comfort of its visitors and parishioners to enable year-round use. In addition, much of the interior work we have supported has maximized energy efficiency and reduced energy costs.

Here are some of our favorite Boston area church projects we have contributed to:

In addition to the historic churches described above, another area landmark, the Vilna Shul in Boston’s West End, is currently undergoing its own major renovation and HVAC upgrade.

Protecting the integrity of historic houses of worship remains a priority for JME and we are proud of our contributions to many of these beautiful structures. 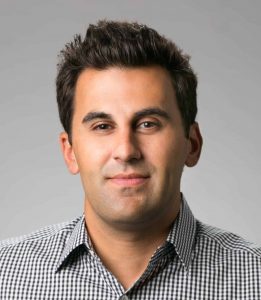 Matthew Guarracino is a principal at JM Electrical