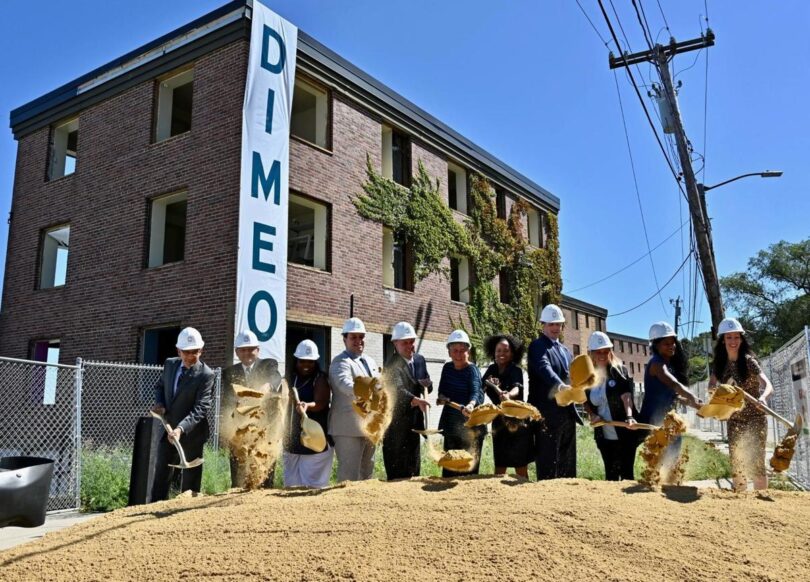 Phase Three of the project will complete the replacement and modernization of the remaining 123 units, fully preserving the original 331 units of public housing. This final phase is the culmination of a planning and development process initiated in 2008 by the BHA, with state funding provided by DHCD.

Phase One of the Overlook Terrace at Orient Heights redevelopment effort was completed in 2018 and involved the construction of 120 units of new replacement state public housing. It achieved LEED Platinum certifiability. Phase Two, consisting of 88 new replacement state public housing rental units, new community and open spaces, and play areas, achieved LEED Gold certifiability for sustainability and energy efficiency and was completed in 2020.

As part of the FY22 Capital Plan, Janey committed another up to $19 million for Phase Three. The state is providing $17.5 million in capital funds, as well as an allocation of 4% and State Low Income Housing Tax Credits. Additional funders for Phase Three include Citizens Bank, RBC Community Investments, MassHousing, and the George B. Henderson Foundation.

“Orient Heights is more than a collection of buildings. It’s a strong, proud community where generations of low income Boston residents have lived and raised their families for decades,” said BHA administrator, Kate Bennett. “This final phase fulfills a promise to secure a future and a home for those families right here at Orient Heights.”