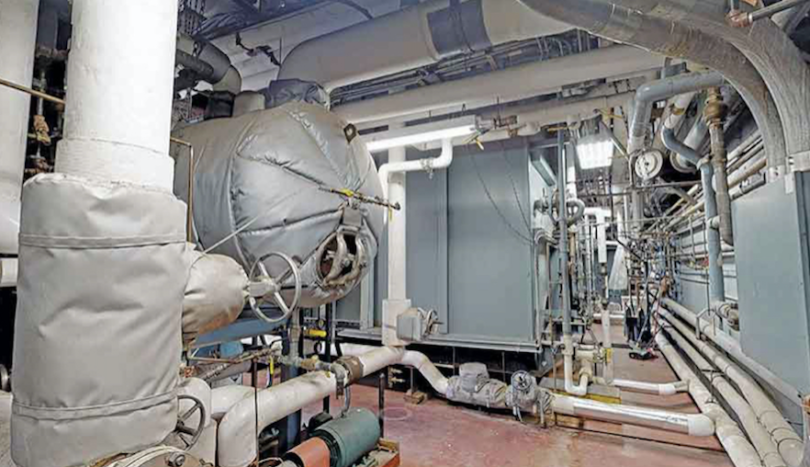 NECA contractor Ostrow Electric, based in Worcester, provided installation of the plant’s comprehensive electrical systems on a project team headed by general contractor, Consigli Construction Co. The architect on the project was Cannon Design of Boston.

Extensive upgrades were made to the existing five-story plant, and a new 9,000sf addition which connects to the plant significantly increases the facility’s capacity to meet peak load requirements.  The CHP provides service to 22 BC campus buildings.

The facility is centrally located on BC’s Chestnut Hill campus and special work protocols and scheduling was required to maintain a safe environment at all times for students, faculty, and the general public on the fully-occupied campus. All electrical work was performed while maintaining power 24-7 to the existing boiler plant throughout the project. The project allowed for one 72-hour shutdown of the existing plant over Memorial Day weekend, which entailed extensive planning and collaboration between the BC facilities team and all contractors to develop an hour-by-hour schedule.

The project team met significant logistical challenges on the tight and congested site, which had limited points of access for deliveries and equipment.

Ostrow vice president and PM, Sam Ostrow, and foreman John Mikolajczyk supervised a crew of 10 IBEW Local 103 electricians and technicians in the 16-month project, which was completed in February 2020.

“Ostrow Electric is proud to have been part of the BC Central Heating Plant project team, as the project is critical to the college’s infrastructure,” said Ostrow.  “Credit goes to general contractor Consigli, the BC facilities team and all the trades, as we worked in close collaboration to ensure a safe project and an effective upgrade to the facility.”