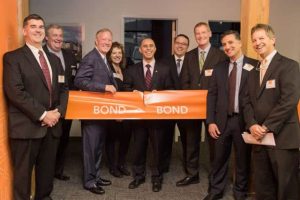 Providence, RI – BOND recently announced its expansion to the state of Rhode Island with the opening of a new Providence location. The new office is located at One Cedar Street.

The company celebrated with a ribbon-cutting ceremony and open house attended by Providence Mayor Jorge Elorza, along with BOND clients, business partners, colleagues, and employees.