As president of Earthos Institute, I have helped to create Bioregional Urbanism, a process to encourage changes back to “One Planet Living.” This is the second of ten installments describing Bioregional Design principles.

NOTE: The current pandemic changes the sequence of these articles to focus today on aspects of biodiversity in our region.

The coronavirus is perhaps humanity’s first clear, indisputable sign that environmental damage can kill humans fast too. And it can also happen again, for the same reasons.

“There are tens of thousands [of viruses] waiting to be discovered,” said Andrew Cunningham, professor of wildlife epidemiology at the zoological society of London. “What we really need to do is understand where the critical control points are for zoonotic spillover from wildlife are, and to stop it happening at those places. That will be the most cost-effective way to protect humans.”

Kate Jones, chair of ecology and biodiversity at University College London, said viruses “are on the rise more because there are so many of us and we are so connected. The chance of more [spillovers into humans] happening is higher because we are degrading these landscapes. Destroying habitats is the cause, so restoring habitats is a solution.”

Humans have been “top predators” since the Agricultural Revolution begun about 12,000 years ago. Since the Energy and Scientific Revolution, over the last 500 years, humans have become increasingly ignorant of the realities of habitat and biodiversity destruction. The several pandemics of recent years are ‘tips of spears’ as natural systems react to (exploit?) the global destabilization we have.

Humans are one species among the living beings of the Earth – its biodiversity. In “Changes in The Land” (William Cronon, 1983), the 10,000 year story of successful optimization of NE regional resources by Native Americans is told, along with the destruction of many managed resources by ‘civilized’ colonists. 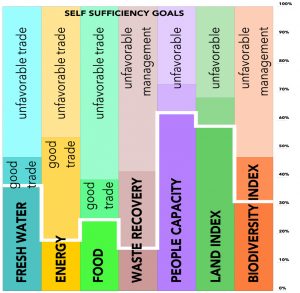 Such destruction can be reversed and redesigned in new ways. You may have seen the movies about the return of wolves to Yosemite, an object lesson in the significance  of biodiversity. Or you may know the success of the Maine lobstermen in their scientific renewal of that resource. Important changes in design for habitat-positive effects, and restoration of the natural food chain have been developed through both reactivated traditions, and through new scientific findings. As people are attacked by pathogens, deployment of habitat restoration and better management is an obvious imperative.

Among designers, new settlement patterns due to climate change, water hazards and rising seas are required with an urgency we can understand in this moment of ‘social distancing’ and bioregional training direct from Mother Nature…

As you don your creativity cap, be sure to consult with all available skill sets, both in current science, and traditional wisdom, together with the best teaming and inclusion techniques. Diversity in cultural background 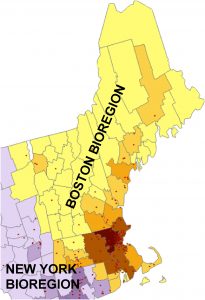 and skills are as necessary as the ‘bio’ ones. Life is a metabolic systems reality, not a utopian state.

Next in this series: More about the Boston Bioregion? How much land will be lost to rising seas? How many water sources will be invaded by salt water? Can it become entirely self-sufficient through design and action strategies? How has the Bioregional Urbanism “Lens” contributed to design of projects so far? How would the ideal just and exciting Bioregional Urbanist “Science to Design” process work?

Please tune in next month…! 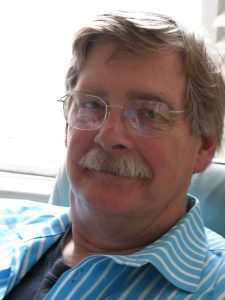