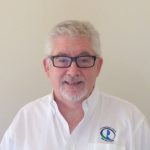 If Belichick ran his team like a lot of contractors run their businesses, they would not have won their fourth Super Bowl in 13 years. Bill would have dismissed playmaking superstars because of seemingly imperfect résumés and an inability to see how these players could become important contributors to an already awesome team.

We often hear of clients rejecting exceptional candidates because their résumé is not apples-to-apples perfect. A multi-unit apartment builder rejects an obvious superstar because he or she only built houses, or a corporate interiors company rejecting a superstar millwork PM because they “only” do millwork.

On paper, Julian Edelman, who was a quarterback in college, could hardly be considered a hand-in,glove fit for a slot receiver position. How about Malcolm Butler, an undrafted rookie out of a Division 2 School who waited tables at Popeye’s before the Patriots gave him a second chance? Heck, Brady was No. 199 in the sixth round draft pick and played second fiddle to Drew Bledsoe until he received an unceremonious chance to shine. Talk about three imperfect résumés!

Getting the right players on the bench will always be a significant task for any team leader. The most important decision Bill Belichick has is selecting the appropriate players for each position and getting them to excel in it for the good of the team. In our world, seeing more than line items on a résumé or a perfect project list is what makes the difference between a good leader and a great one.

What was it that Bill saw in Julian that made him think he could become a winning wide receiver? Did Bill see the same characteristics that Malcolm’s boss from Popeye’s Kitchen did? Even though his grades were never good enough to qualify for Division I football and Malcom was initially suspended from his community college, he saw that Malcolm was curious and took to being cross-trained in various positions, was dependable, and made contributions to the team, and people liked to be around him.

Two areas Belichick looks for are trustworthiness and versatility in players, and he never stops looking for a place to upgrade and gap fill. If Bill was running your company, would the same people still be sitting at their desks? And more importantly, if so, would they be doing the same jobs?

Another example of seeing more than just experience is Jeff Bezos, head of Amazon. In his hiring process, Jeff has three fundamental questions he asks – which have nothing to do with a résumé.

Admiration meant that his hiring managers would bring on members they valued and who could in turn be an example to others, keeping the talent benchmark high for the company overall.

Rather than have the company culture shrink into itself as it grew, he wanted his hires to challenge the status quo and push for constant change. He looks for curiosity and independent thinking. All stuff hard to put on a résumé.

And finally, Jeff looks for a distinctive skill or interest to contribute to the company’s culture and help cultivate a fun and interesting workplace outside of a direct job skill. One such employee is a National Spelling Bee champion!

And my lastly, my fourth recommendation.

What should a company be doing to ensure their last great hire will still be there in five years? How can the work experience be made so good that the staff would not ever dream of talking to a recruiter? Employers don’t have to answer this, just ask your existing superstars: They will tell you.

To state the obvious, companies don’t hire résumés, people hire people. I tell my clients over and over “hire for attitude, train for skills.” Finding the next Edelman or Butler takes more than just a résumé. Employers, stop “screening out” and start looking for your own No. 199 Brady draft pick. He might just make you a champion!

Colm Allen is president at Construction Recruiters of Milton, Mass.