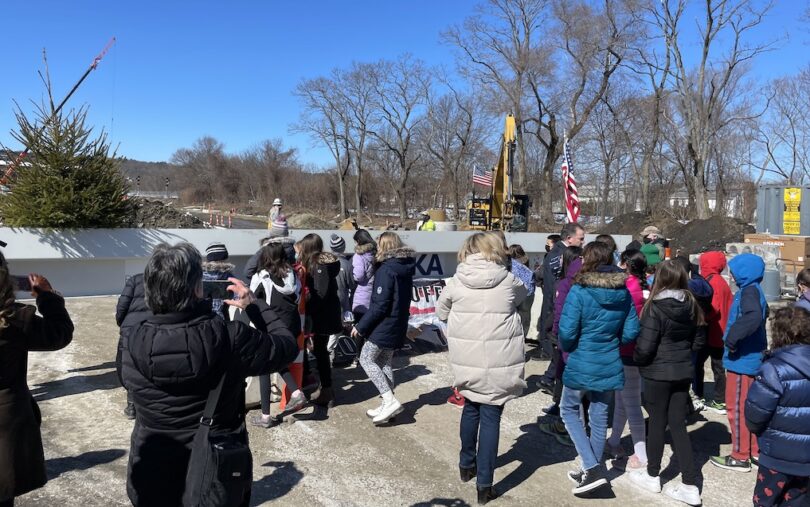 Belmont, MA – The Belmont School community recently gathered to celebrate the placement of the final steel beam for the Belmont Middle and High School project.

The beam was signed by many including onsite construction workers and the Belmont students. Belmont student signatures were joined by the signatures of Chenery Middle School students who will be the first students to attend the new middle school section when it opens. 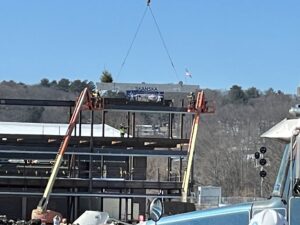 CHA Consulting, Inc. serves as the owner’s project manager for the Town of Belmont for the expansion and renovation project. Skanska is the construction manager and Perkins & Will is the designer.

During the topping off ceremony, Principal Isaac Taylor spoke about the school supporting the students’ changing needs, while Massachusetts School Building Authority CEO, Jim McDonald, thanked the community for investing in its young people.

The Belmont Middle and High School project includes the renovation of the existing school building and a major expansion to add facilities and incorporate grades 7 and 8. The 445,100sf, $295 million project consists of an extensive, phased and occupied renovation along with new construction.

Construction began in August 2019 and completion is planned for September 2023.