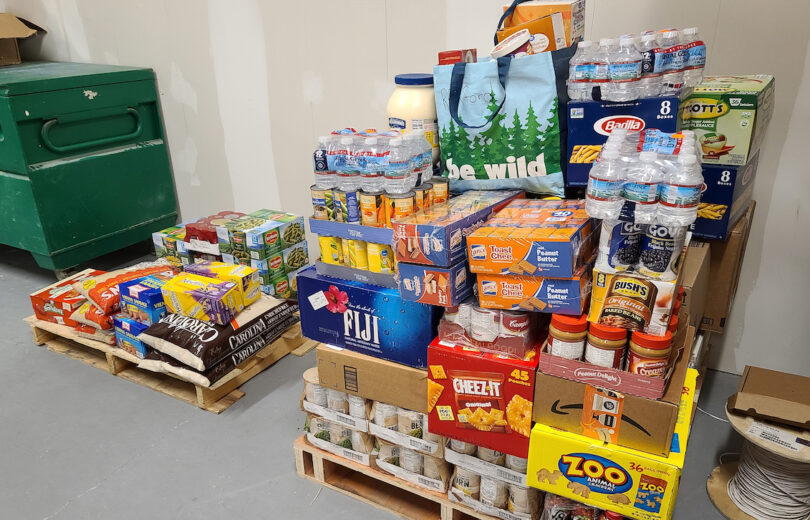 ABS' Massachusetts team collected 1054 pounds of food, making them the winners of the contest.

Glastonbury, CT – Automated Building Systems, Inc. (ABS), an authorized Alerton dealer and controls company in New England,  kicked off the “Month of Love” (February), by coming together as “One Big ABS Team” to help spread love and kindness to local food pantries. 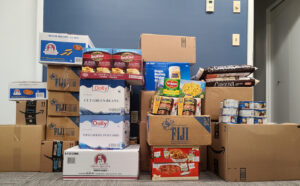 The Connecticut team collected a total of 833 pounds of food.

Two teams were organized and headed by ABS’ operations managers in Connecticut and Massachusetts. ABS matched the winning team with an additional monetary donation based on the most poundage collected. The winning branch will house the “ABS Cup Champions Trophy” until the following year’s outcome.

The Connecticut team collected a total of 833 pounds and donated to Connecticut Food Share while Massachusetts collected 1054 pounds, making them the winners of the February “Month of Love” Food Drive. Their monetary match of $2,108, and donations were distributed to Veterans Inc. and the Worcester Food Bank in Massachusetts. 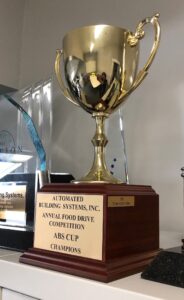 Located in Glastonbury, ABS designs and implements Building Energy Management systems. With branch offices in Massachusetts and New Hampshire, ABS is made up of an accomplished team of sales and administration professionals, project managers, technicians, electricians, engineers, and programmers.