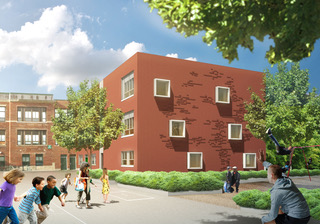 A rendering of the Hardy Elementary exterior

The project team, including Jones Lang LaSalle as the owner’s project manager, has been working closely with the superintendent, Kathleen Bodie, and principal, Kristin DeFrancisco, to develop the design to suit the needs of the growing student population. E.A. Colangeli Construction Co., Inc. has been selected as the general contractor.

As construction begins, safety is of paramount importance, and the design incorporates elements to ensure the building and site are well controlled throughout the project. A separate playground project along Lake Street will take place in parallel to the building project. 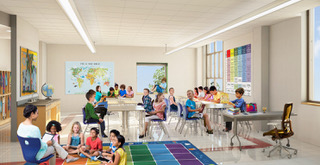 A rendering of a Hardy Elementary classroom

In the past 10 to 15 years, the town of Arlington has seen significant population growth, with numerous projects underway including the renovation of the Gibbs Building into a new middle school, expansion of new Thompson School, and the high school project due to begin later in the fall.